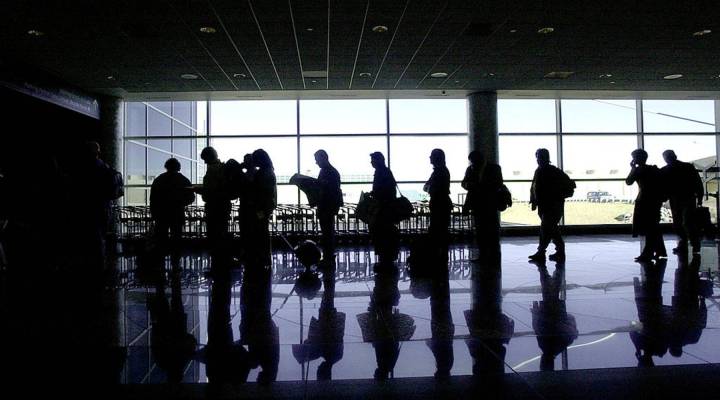 This story has been updated to include information from Alaskan Air.

At least three major airlines removed passengers from a flight in the past month over safety concerns, but it’s unclear what specific procedures these airlines are following when making the decision to kick people off planes.

Critics have accused flight crews of bias and some have called for one airline to investigate the incidents more thoroughly. A college student, Khairuldeen Makhzoomi, was pulled from a Southwest Airlines flight earlier this month after another passenger overheard him speaking Arabic. Another man, an NAACP leader in North Carolina, was removed from an American Airlines flight last week. He claims it was because he responded to another passenger making racist remarks. Last month a family was escorted from a United flight — the flight crew says because of issues with a booster seat, while the family claims discrimination.

These stories are common, but they usually play out after the fact, and it’s difficult to tack down what actually happened. Even when there is smartphone video, like there was on the United flight last month, it goes viral without illuminating much.

So, we reached out to six major American carriers to ask about their policy and procedure when it comes to removing people from flights.

A spokeswoman for Southwest said the issue wasn’t that Makhzoomi was speaking Arabic, it was what he was saying that alarmed the passenger who reported him to the crew. The New York Times and others reported it may have been a misheard word that raised eyebrows.

Southwest said in a statement, “Our crew responded by following protocol, as required by federal law, to investigate and report to law enforcement agencies any potential threat to civil aviation,” and “We would not remove a passenger from a flight without a collaborative decision rooted in established procedures. Southwest neither condones nor tolerates discrimination of any kind.”

We followed up via email for more information about these procedures, but didn’t hear back.

An American Airlines spokesman would only say, via email, “These decisions are not made lightly. The decision is made on a case-by-case basis, at the discretion of the captain, in consultation with the entire flight crew.”

A United spokeswoman would only say that the airline makes safety of passengers and crew a priority. We also reached out to JetBlue and Spirit, which have removed people of Middle Eastern decent or Muslim passengers from their flights recently, but we didn’t hear back. Delta said they’d respond but didn’t in time for publication. We’ll update if we hear back.

We also reached out to Alaskan Air. After this story was published, a spokesperson sent along this blog post, which details how the airline removes passengers who aren’t healthy enough to fly.

One thing we did learn is that potentially misheard word on Makhzoomi’s call, “Inshallah,” literally means “God willing.” The Los Angeles Times reported it’s gaining cache among non-Muslims, and could help break down barriers or at least reduce misunderstanding if it’s used more widely.