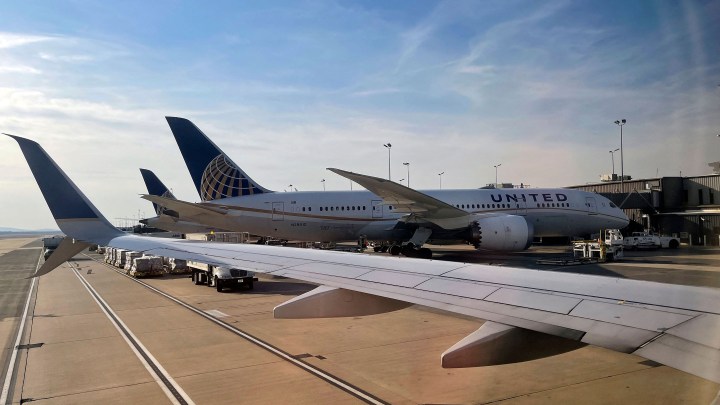 United Airlines just placed the biggest order for new planes in about a decade. The company announced this week that it’s ordering 200 new aircraft from Boeing and another 70 from Airbus.

United also said this week it’s expecting to return to profitability next month for the first time since January of 2020.

The airline’s decision to order so many new planes right now shows that the company thinks air travel is back, said David Slotnick at travel website The Points Guy.

Also, “they think that there’s an opportunity to really bound ahead, and they’re willing to commit to their next big growth period,” Slotnick said.

Domestic travel has rebounded. If you look at flight schedules within the U.S. this summer, “they are at more or less 90% of 2019 levels, which is a remarkable recovery,” said George Dimitroff at the aviation data firm Cirium.

International and business travel, however, are still way down. But, in the new planes that United just ordered, “they are planning to configure these aircraft with a far greater number of premium economy, or business-class, or first-class seats, than the aircraft that are being replaced,” said airline industry analyst Robert Mann.

That’s a sign, Mann said, that by next year and beyond, when these new planes are ready, United is betting those travelers will be ready, too.