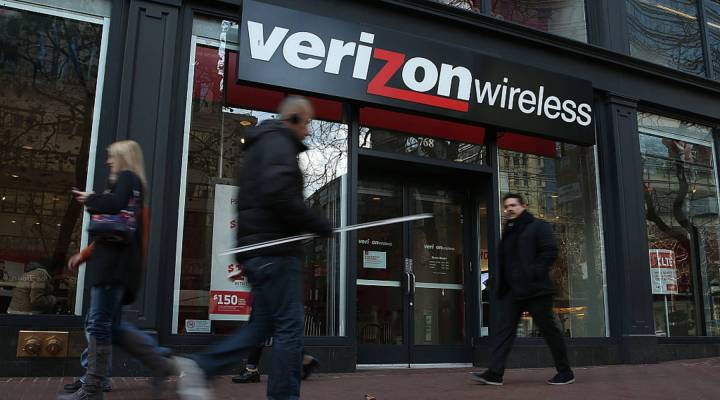 Workers at Verizon could be on strike tomorrow morning, when they hit their deadline for contract negotiations between their unions and the telecom giant.

The last contract between Verizon and the Communications Workers of America (CWA) and the International Brotherhood of Electrical Workers (IBEW) expired about eight months ago. Since then, talks have apparently produced no resolution on major sticking points such as the potential offshoring of jobs, consolidation of call centers, and pension and healthcare costs.

A strike could involve almost 40,000 Verizon employees in the Northeast, out of a total company workforce of about 180,000. The strike is limited in size and location, because it is the company’s legacy wired phone business, of copper line networks, that is almost exclusively affected by the strike.

“We’ve been trying to negotiate with the unions … for more than 10 months,” said Verizon spokesperson Rich Young. “The wireline unit has been challenged in recent years as more and more American consumers have switched to cell phones and other sorts of technologies. We’re looking to position this unit towards success, but we need the unions to work with us to help make that happen.”

“If Verizon could wave a magic wand, and get rid of all of their wireline service overnight, they would do it,” said independent telecom analyst Jeff Kagan.

That’s because the number of people who pay for wired phone lines is declining. Verizon says that business now make up less than a third of its revenues, while wireline workers remain expensive under contract terms that no longer make sense in a digital era. Verizon said it pays those unionized workers an average of $130,000 in wages and benefits.

“The industry is changing, and Verizon can’t continue to pay what they’ve been paying… if the [wireline] business continues to shrink,” Kagan said.

Verizon’s unions argue the wireline business doesn’t have to shrink, because it also includes Verizon’s modern fiber-optics network FiOS. Unionized workers are responsible for FiOS, which the unions argue should be expanded.

Industry analyst Ian Olgeirson of SNL Kagan said Verizon is not likely to expand FiOS much further than its current 18 million-household reach. “They appear to have lost the appetite for further expansion of fiber to the home,” he said.

Instead, Verizon has been investing in mobile content. It bought AOL, started a video streaming service called Go90, and is rumored to be preparing a bid for the struggling internet company Yahoo.

Even FiOS might not offer the same unionized job opportunities that copper networks did, Olgeirson said.

“A fiber network essentially has fewer things to break,” he explained, meaning fewer workers are required to maintain it.