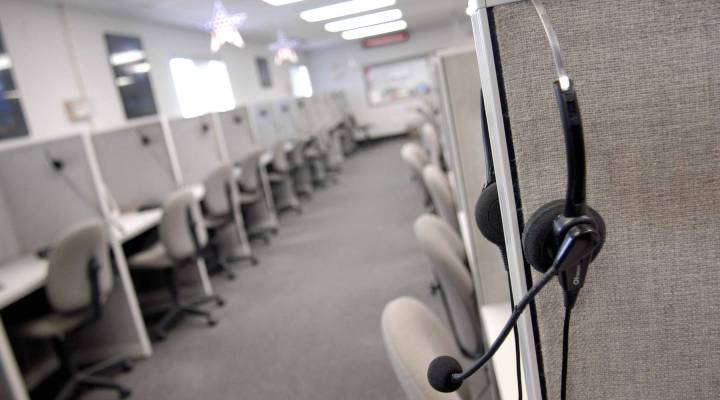 Verizon employees are headed back to work Wednesday, ending a strike that’s lasted almost seven weeks. As part of the tentative deal between Verizon and the unions, workers will get a pay raise, and there will be about 1,400 new jobs at East Coast call centers, according to the company.

“Verizon workers wanted us very much to address this whole issue of call centers,” said Candice Johnson of the Communication Workers of America. She said the union represents about 10,000 call center workers for the company.

For Verizon, the jobs weren’t a deal breaker in negotiations.

“While we wanted to close some under-performing [centers], or call centers that had very few employees— it didn’t happen, and that’s fine and we will move on,” said Verizon spokesperson Rich Young. “We are excited that we did get flexibility to route calls, and that was more important to the company and it will help improve service to our customers.”

The focus on call centers emphasizes how important such jobs still are in the U.S., even after years of stories about call center outsourcing.

“Very quietly, companies have been returning call center jobs to the U.S. from where they were outsourced to, whether it was India, the Philippines,” or elsewhere, said Mor Armony, an associate professor at New York University’s Stern School of Business.

Because all the outsourcing we saw in years past often looked bad for companies that were perceived as cutting costs at the expense of American workers.

“There’s been a big backlash– not only politically,” said Armony. “But also from a business perspective… there’s a basic trade-off between quality and costs.”

Plus, new customer service technology is making outsourcing less competitive. According to Vijay Mehrotra at the University of San Francisco, simple jobs that were once cost-effective to outsource are now handled online or through apps.

“As more and more of that work gets automated, the pressure on outsourcers to demonstrate competence in higher complexity stuff is going to be where they win or lose,” he said. “So I do definitely see a drift back towards keeping more or a higher percentage of the call center jobs in-house as the work gets more complex.”

Verizon says the company’s suggested closure of call centers wasn’t about outsourcing. Regardless, if union workers give approve the tentative deal in June, there will be more call center jobs in the U.S.