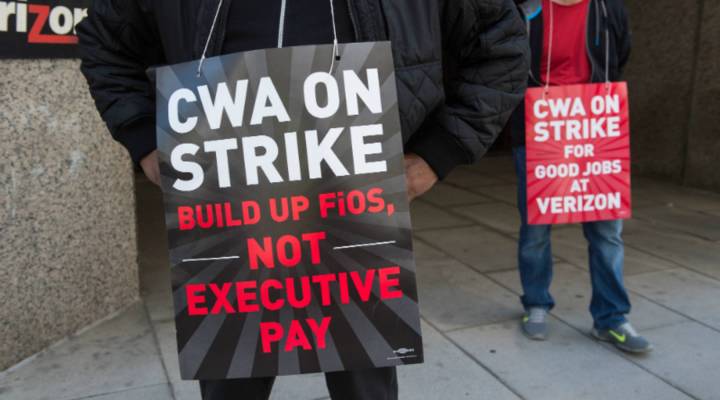 About 40,000 workers at Verizon have been on strike since April 13 in several East Coast states, including New York, Massachusetts and Virginia.

They include unionized network technicians and customer service representatives of the company’s fiber optic or Fios Internet, telephone and television services.

“The workers who are striking are on what’s known as the wireline side of the business. In other words, people who deal with landline services, whether that’s phone or TV or broadband,” said Jan Dawson, chief analyst at Jackdaw Research.

Dawson said headcounts of wireline call center and IT workers are on the decline along with that segment of the business.

“We’ve seen some pretty dramatic reductions in the overall number of employees in the wireline businesses in the United States,” he said.

Dawson tied the declines to big changes in the telecom industry. People have mostly given up on landline phones. And growth in fiber-optic services is flat.

To cut costs in wireline as revenue softens, Verizon wants to do things like outsource more, which the striking workers don’t like.

And Verizon wants to invest more in wireless services, according to Christopher Yoo, a law professor specializing in technology and communications at the University of Pennsylvania.

“The profitability and the growth potential on the wireless side is just so much higher,” Yoo said.

What leverage do the striking workers have, given that they’re not on the growth side of the business? Yoo said they’d have to show it’s costlier for them to stay on strike and disrupt customer service than for Verizon to meet their demands.