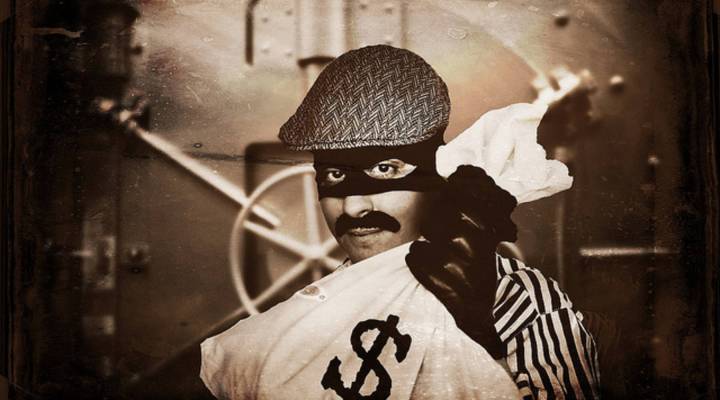 Look up at the nearest building and think about what you see. Chances are you’re not thinking about the easiest way to rob the place.

But there are those out there who are. They’re called burglars and architecture writer Geoff Manaugh spent some time getting into their heads. He’s written all about it in a new book called “A Burglar’s Guide to the City.”

Take Los Angeles for instance. Manaugh says it’s long been a place where burglars have found innovative ways of using architecture to their advantage.

L.A. is a really interesting example where you have a transportation decision that was made, which was to criss-cross the city with freeways. And then give that enough time and people figure out alternative ways of using those freeways. So L.A. is of course already known for high-speed car chases. But another side effect that all the freeways had was that you had these things developing called stop and robs. And so it’s basically a bank, a credit union, any business that’s at the bottom of an off-ramp and at the bottom of an on-ramp… they can just pull off the freeway and race their way to freedom minutes later. And so Los Angeles in that way had this peculiar way to sort of instigate a crime wave in the 1990s where L.A. became the bank robbery capital of the world. There was a bank robbery of every 45 minutes of every work day.

But it’s not just L.A. that’s had its share of intelligent burglars. Manaugh says burglary is a problem cities have been dealing with stretching back as far as ancient Rome. Even Paris has been altered by the existence of the clever burglar.

When we refer to Paris as the ‘City of Light’ it sounds so romantic and it sounds like this really beautiful image of urban cooperation and hope. But in fact, it was a 17th century police operation that led to the nickname when the king ordered the streetlights to be installed.

Read more in Geoff Manaugh’s “A Burglar’s Guide to the City.”