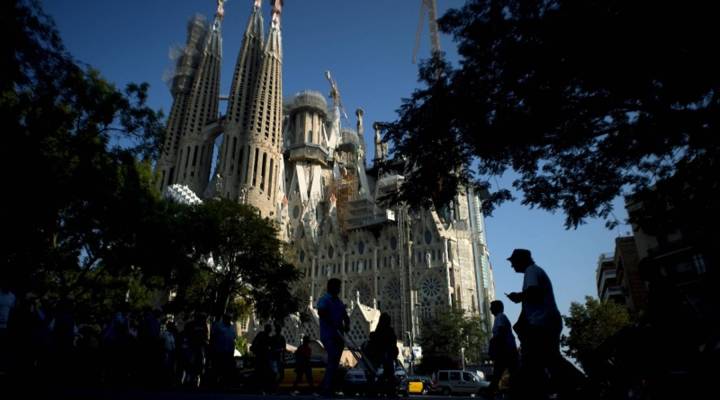 How to be a tour guide

COPY
“Every time, I'm still humbled by the absolute beauty of the city, of the architecture and of the cultural heritage that I'm able to share,” says Jonathan Lerner of Barcelona. Above, La Sagrada Família basilica. Jorge Guerrero/AFP/Getty Images
How to be a...

How to be a tour guide

“Every time, I'm still humbled by the absolute beauty of the city, of the architecture and of the cultural heritage that I'm able to share,” says Jonathan Lerner of Barcelona. Above, La Sagrada Família basilica. Jorge Guerrero/AFP/Getty Images
Listen Now

Everyone has a dream job growing up: doctor, vet, ice cream taste tester. But how do you actually get the gig? Marketplace Weekend is looking into how with the occasional series How to be a …

My name is Jonathan Lerner, and I am the founder of Tailored Tours Barcelona, and I live in Barcelona, Spain. I became a tour guide when I realized that I was in the country that I wanted to be in, which was Spain, but I wasn’t doing what I wanted to be doing. I was working in real estate and had enough one day and returned to what my passion was, which is art and culture and history and people and stories.

When I started guiding, when I was learning the ropes, I was working with different friends and colleagues and just learning as much as I can about the city as possible. That was a great experience for learning the ropes, because it really turned out to be kind of like theater — you had 20 people staring at you. In the beginning there was skepticism: They would look at you, you know, [with] some levels of distrust or what’s going to happen on this tour. After about 10 or 15 minutes, really like clockwork, you could see by using humor and history and connecting with the people, they’re connecting within themselves.

I think it takes, first of all, a lot of knowledge. So really understanding the pulse of the city, understanding what people would love to see, to learn about and to hear when they’re in town. And then there’s the human aspect. And that’s what I love so much.

Barcelona definitely is one of the most saturated tourism markets in Europe, if not the world. So I started small and launched Tailored Tours Barcelona, really, just by word of mouth. From there it was growing and growing, until a travel agent reached out, and little by little, I was able to carve a space out in the city.

We have tons of tours. A wonderful experience is an introduction to the city, we call it the “Golden Age of Barcelona,” and we go through the Gothic Quarter, the historic center of the city. We’re going to talk about 2,000 years of history, from the Roman times up through the Gothic period, and see some wonderful churches and squares, and actually try to make a child or an adult even, at the end of this time together, fall in love with Gothic architecture. I know maybe that doesn’t sound like the sexiest thing, but it’s very possible.

Giving tours in museums and Sagrada Família, every time, I’m still humbled by the absolute beauty of the city, of the architecture and of the cultural heritage that I’m able to share. So for me, at the end of those two hours or three hours or whatever it was, to see those people connecting is when really the magic happens.