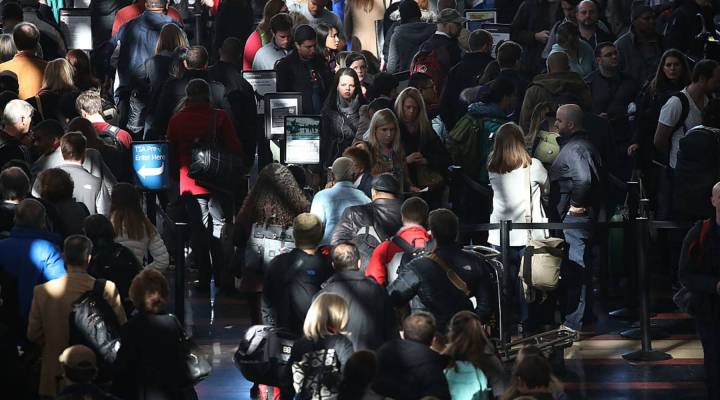 Intelligence operations have been in the news of late. But there are all kinds of analysis and information gathering going on at airports and other areas of this country’s infrastructure.

Marketplace host Kai Ryssdal spoke to Geoff Manaugh of The Atlantic who wrote about the new intelligence work happening at the Los Angeles International Airport in his piece “Inside LAX’s New Anti-Terrorism Intelligence Unit.” Below is a transcript of the interview that was edited for clarity and brevity.

Manaugh: It does, yeah. I mean, I think as we’ve all seen airports are increasingly fortified environments. They’re also increasingly targets.

Ryssdal: And what we have now here detailed in this story in The Atlantic is this idea of critical infrastructure protection sort of becoming the new intelligence focus, really.

Manaugh: Well, what I think is so interesting about this is that what LAX has done is really realized that they couldn’t be dependent on the intelligence reports of other agencies. And so, in a sense, they realized they had to punch above their weight and bring on their own internal intelligence corps. And so they hired two people from actually the East Coast with intelligence backgrounds, with classified access, to really kind of boost their ability to look at threats not just locally or even regionally, but actually globally and to participate in information sharing with other agencies with classified access.

Ryssdal: One of the things that the two security specialists that you profile in this piece, one of the things they talk about is — you call it the transition zone, right? The zone between actual airport proper and the civilian infrastructure that surrounds it. Hotels and highways and all that.

Manaugh: Yeah, that’s one of the aspects of the airport landscape that really surprised me the most in terms of how troubling it can be. So, you know, one of the things that was pointed out to me was, for example, in just LAX alone there are 1,600 portals that are called — which are the transition zones between public space and then the actual space where you need a badge or that kind of thing to get into. And so maintaining that and protecting it comes down even to being in touch with local hotel managers, so that if somebody is staying on the upper floor of a tall hotel near the runways, they can just open up their window and have a straight shot at a jet. You know, you need to know about that hotel. You need to know those managers, they need to know they can contact you if they’ve got a suspicious guest who’s coming in.

Manaugh: They do actually. One of the people I spoke with was a woman named Stacey Peel who is an airport security expert at Arup, a global engineering firm. And she was pointing out that yes, it really is this nightmarish scenario.  And most of the time, you’re taking something that the public interfaces with — which are the metal detectors and the passport screening and that kind of thing — and you’re just shoehorning it into these little hallways or corridors, where nothing like that was meant to be when the architects originally designed these facilities. You know, the good news, I’d say, is that the airport security field is very, very aware of this and they’re trying to figure out a way to solve that problem. And to get a little bit of that friction solved every year so that eventually it won’t be quite as taxing as it is currently.