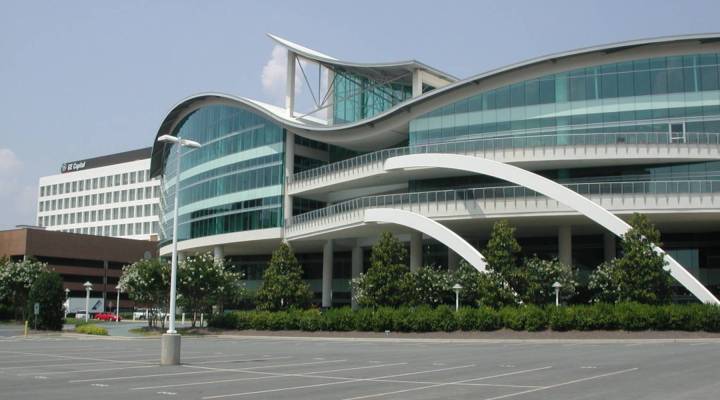 For a long time, North Carolina was at the center of furniture manufacturing, so it made sense that in 1909, the Southern Furniture Exposition opened there. Now re-branded the High Point Market, after the city that hosts it, the trade show is like the fashion week of luxury furniture, attracts more than 70,000 visitors and has an estimated economic impact of more than $5 billion on the region.

This spring, organizers say the market, scheduled to run from April 16 to April 20, has received dozens of cancellations from out-of-state customers who want to boycott the state because of controversial new anti-discrimination law approved last month. The law, known informally as HB 2, prohibits cities and counties from including LGBT people in its anti-discrimination ordinances, and requires transgender people to use public restrooms that match the gender on their birth certificate.

The heads of more than 100 companies, including Charlotte-based Bank of America and Raleigh-based software maker RedHat are asking the governor to repeal the law, saying it will make it difficult for them to recruit talent to the state. But furniture buyers cancelling their trips could have a more direct impact this month on the High Point Market, arguably the biggest economic event in the state.

One buyer who has cancelled his trip, Shane Harke, owner of Addendum Gallery in Carmel, Indiana, says he has been in business for 13 years, and has been buying luxury furniture and carpets for seven years. He spent more than $150,000 worth of inventory at the market last spring, and likes visiting the market not only to make large buys, but to keep up with industry trends.

So why isn’t he going?

“I don’t want to support a state and a government that has sanctioned discrimination into their law,” he said. “Why would I want to do that? Especially in this industry that caters to a lot of LGBT people.”

For Phil Berger, the Republican President Pro-Tem of the North Carolina Senate, and arguably the most influential publicly elected official in the state, people like Hartke are misinterpreting the law.

Berger and other Republicans say the law is an improvement because it creates a uniform standard across the state. That uniform standard does not include LGBT people as class protected from discrimination, and prohibits cities or counties from making them a protected class.

Berger says that while major businesses have publicly blasted the state for the new law, he has heard from business owners who are supportive of the law, though he didn’t specify any groups.

“Let’s not fool ourselves at this point,” Berger said. “The legislation that passed actually creates stronger anti-discrimination laws in North Carolina than have ever existed.”

The question, then, is how out-of-state people’s feelings about a law such as H-B-2 might affect an event such as High Point Market. Michael Hicks, an economics professor at Ball State University in Indiana, saw similar business reactions in his home state last year after the governor signed the Religious Freedom Restoration Act. Businesses pushed back, and legislators eventually scaled back the law.

“At the end of the day, 2015 ended up being a stellar year for Indiana — best year for visitation and tourism, conventions ever,” Hicks said. “So it’s very difficult to see any impact at this point.”

Shane Hartke, who owns the store near Indianapolis, participated in those protests, and posted a sign on his store window saying, “All are welcome here.” He said he thinks that North Carolina will eventually will roll back its law, just like Indiana did last year. Then, he’ll return to High Point Market – only when that happens. And if it doesn’t?

But when reporters contacted the office of Senate Leader Phil Berger, and asked if he was re-considering House Bill 2, they got a short answer: No.