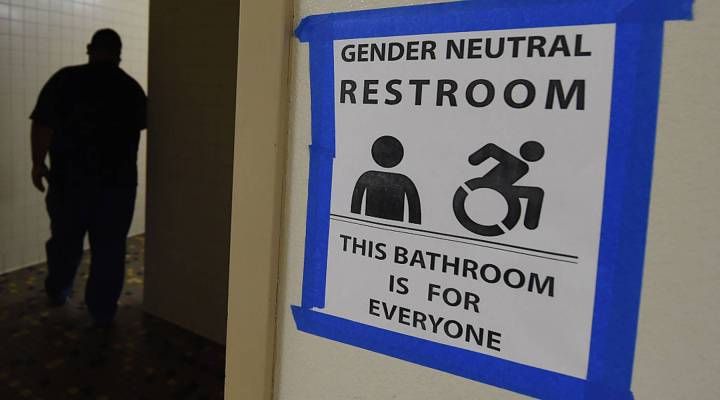 North Carolina violated the U.S. Civil Rights Act when it put restrictions on access to public bathrooms, according to the U.S. Department of Justice.

The DOJ sent a letter to the state’s governor Wednesday, detailing how North Carolina’s law limiting access for transgender people is actually, well, against the law.

The letter said the state was “engaging in a pattern or practice of discrimination against transgender state employees,” Reuters reported. Federal officials want the governor, Republican Pat McCrory, to stop enforcing the state law, called the Public Facilities Private and Security Act. It requires transgender people to use public bathrooms designated to the sex on their birth certificate instead of the gender they identify with.

The state will have until Monday to agree to comply, or face losing federal education funding. Officials were considering this decision for more than a month, but this is a big, and somewhat unexpected, move from the federal government. A cut in funding could result in a budget crisis for the state, the New York Times reported previously.

North Carolina made headlines in March when it became the first state to establish these bathroom requirements.  The law overruled local LGBT nondiscrimination ordinances and sparked protest from some businesses in North Carolina, and from New York State officials, who have banned state employees from “nonessential travel” to the state.