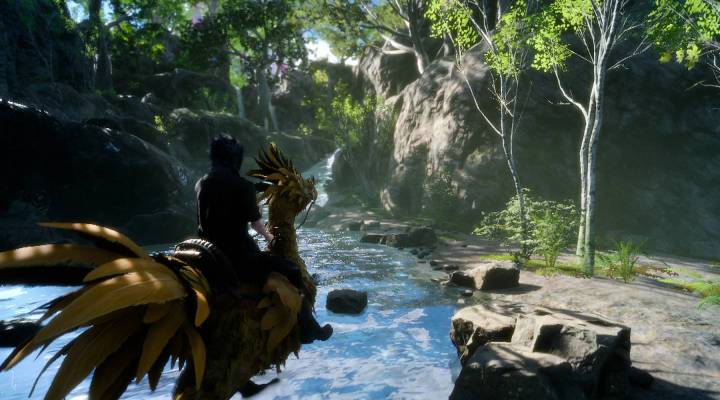 Video games were churning out mega-franchises long before Marvel started mashing up its heroes.

“Final Fantasy” debuted in 1987, and its 14th sequel is coming out this fall. The series has also spawned dozens of spin-offs and spin-offs to the spin-offs. But as the Verge points out, the series — along with RPGs and Japanese games in general — aren’t the blockbusters they used to be, and a lot is riding on the upcoming “Final Fantasy XV” to make a case for the survival of a classic series in a changed industry.

Japan was once the center of the gaming world, but now the biggest console releases — so-called AAA games like “Call of Duty,” “Fallout,” “Grand Theft Auto,” “Assassin’s Creed” and so on — mostly come from North America or Europe. They have massive budgets, sell millions of copies, and many of them come out annually. One of Japan’s biggest series, “Metal Gear Solid,” seemingly came to and end this year. The Verge noted “Final Fantasy” developer Square Enix has been steadily expanding westward.

Japan’s biggest players have been slow to embrace mobile gaming too. Nintendo launched its very first app, “Miitomo,” Thursday, after years of resisting smartphones  — and years of financial troubles. Square Enix is getting in the game too, with a minigame spin-off of “Final Fantasy XV” for iOS and Android.

And that’s not the only bid the series is making for new players. About 15 years after attempting the first realistic CGI movie with its flop “Final Fantasy: The Spirits Within,” Square Enix has recruited actors from “Game of Thrones” for a new movie tied to “Final Fantasy XV.” They’re putting out an anime on YouTube too.

Final Fantasy isn’t the first franchise to branch out to the big screen in hopes of expanding their brand. It’s also not the first to flop, either. Resident Evil had several spin off movies weren’t well-received, yet the franchise still plans on releasing another film in 2017. Doom’s eponymous film starring Dwayne “the Rock” Johnson, bombed as well. The same can be said about film versions of Street Fighter, Need for Speed and Mortal Kombat.

That hasn’t stopped Final Fantasy — or other major franchises — from trying. World of Warcraft is set to release a feature film this summer, Assassins Creed will release a movie starring Michael Fassbender in December and there’s talks of a Call of Duty series in the coming years.