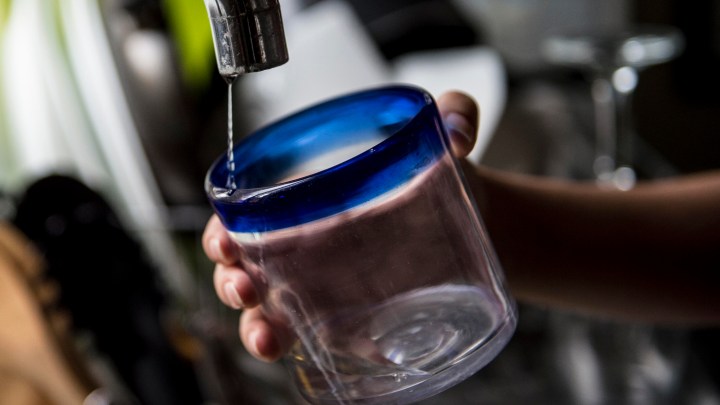 COPY
Some states have worked to stop utility shut-offs, including Maryland, Kansas and Kentucky. Martin Bernetti/AFP via Getty Images
COVID-19

Some states have worked to stop utility shut-offs, including Maryland, Kansas and Kentucky. Martin Bernetti/AFP via Getty Images
Listen Now

There’s been a lot of conversation about letting some people put off mortgage payments or, in some cases, rent during the COVID-19 emergency. But what about the water and electricity payments?

Some states have worked to stop utility shut-offs, including Maryland, Kansas and Kentucky. Some cities, too: Atlanta and Phoenix among them.

But shut-offs are still happening in many parts of the country. And that makes homes ⁠— where more and more governors are telling people to stay ⁠— unsafe.

Sherrilyn Ifill, president and director-counsel of the NAACP Legal Defense Fund, told Marketplace’s David Brancaccio “there has not been ⁠— consistently, across the country ⁠— a recognition that we’re sending children to homes where the water may be turned off, or where electricity or other utilities may be shut off.”

Sherrilyn Ifill: This is a very serious public health issue. A number of jurisdictions have been doing a terrific job. But there are other jurisdictions that have completely overlooked the need to suspend utility shut-off. And what this now requires is governors and mayors to recognize that this should not be on the list of worries that people who are struggling financially have along with keeping themselves safe from this pandemic. They should not worry about whether or not their children will be able to take a bath and drink water in the home.

David Brancaccio: You’re clearly working this issue at the local, county and state level. This isn’t something that just needs to be done with a line in some legislation out of Washington.

Ifill: We would love to have a nationwide moratorium on all utility shut-offs, but every day, turn offs are happening. The wheels of Congress, as we have seen over the last few weeks, grind slowly. And so you know, we can’t wait.

Brancaccio: We’re also talking about a much bigger issue. People were struggling before this virus ever hit.

Ifill: One of the things this crisis has revealed is really the very precarious situation of so many Americans, as it relates to health care, as it relates to their jobs, as it relates to their wages and hours. People are living hand to mouth, they’re relying on their paychecks, and this crisis, and the need for us to stay at home, and the layoffs that have happened, have revealed to us the very precarious situation in which many Americans live. And we’ve got to, when we have a moment to breathe from this pandemic, turn our attention to dealing with those structural issues. We are uniquely ill-equipped to take on the challenge that a pandemic like this presents to a country. It’s one of the reasons, I think, we are doing so badly. That’s because of existing deficits that have existed. And this is an opportunity for us, when we have a moment, to begin to address what are the fundamental weaknesses in American society that have largely resulted from our failure to ensure that Americans are not living at the financial margin.