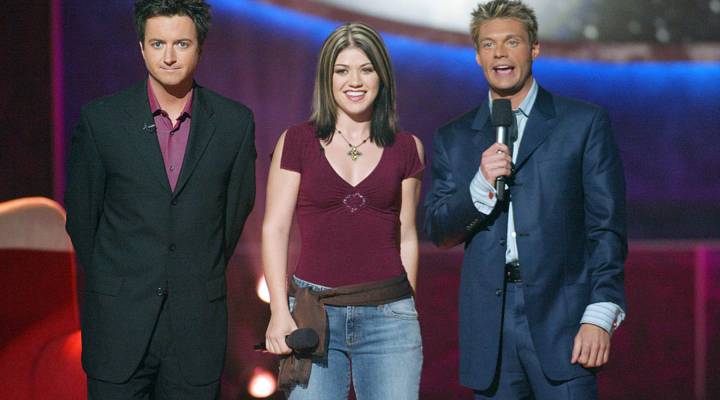 “American Idol” is crowning its last idol Thursday night. The show is coming to an end after 15 seasons, and love it or hate it, “Idol” has been hugely influential from the jump. From changing the music industry to shepherding advances in technology, the show left a mark. Let’s take a look back at everything the show accomplished:

Launched many successful careers — and a few bonafide superstars

In a lot of reality TV, this isn’t a given. For winners like Kelly Clarkson and Carrie Underwood, “Idol” served its purpose. The show launched them into honest-to-god popstardom, selling over 17 million and 20 million records, respectively, along with seven Grammys for Underwood and six for other contestants.

Jennifer Hudson on the red carpet for the 87th Oscars February 22, 2015 in Hollywood, California.

Some of the most popular names to come out of “American Idol” didn’t even win. Jennifer Hudson went from a seventh place finish in Season 3 to winning an Oscar for “Dreamgirls.” Season 8 runner-up Adam Lambert has released studio albums, toured with Queen and will be featured in a live TV special of “Rocky Horror Picture Show.” At least 15 former contestants, including Justin Guarini, Diana DiGarmo and Constatine Maroulis have also had runs on Broadway. Even less successful contestants earned six-figure paychecks from appearances and royalties while they were in “American Idol’s” orbit.

“American Idol” didn’t invent the TV singing competition, just perfected it. The show’s preceded by “Pop Idol,” the first, short-lived attempt in the U.K. by producer Simon Fuller. “Pop Idol” only lasted two seasons, but it set the stage for dozens of spin-offs all over the world. “American Idol” is the longest-running and most-influential, bringing in 12.7 million viewers its first year on air, and peaked in 2006 at more than 30 million.

“Idol” judge Simon Cowell replicated the show’s model several times here and abroad. He created “The X-Factor,” which birthed a little band called One Direction and several spin-offs of its own, including a U.S. stint that lasted three seasons. Cowell also created “Britain’s Got Talent” and “America’s Got Talent” which is heading into its 11th season on NBC. Suffice it to say he’s made a lot of money. Like, Panama Papers money.

“Idol” also paved the way for NBC’s “The Voice” — which is now in its 10th season and pulling in higher ratings than “Idol” — and many more singing competitions that have come and gone over the years.

Finally, let’s not forget Ryan Seacrest has built his own freestanding empire in a decade and a half hosting “Idol.” He does red carpet coverage, “E! News,” “American Top 40,” “Dick Clark’s New Year’s Rockin’ Eve,” and produces “Keeping Up with the Kardashians” and its spin-offs.

Coca-Cola got a deal when they paid $10 million to sponsor “Idol” in its first season. Pepsi had said no and Coke got more than its money’s worth when the show became a smash hit.

Their agreement blossomed into a huge, 13-year product placement deal that resembled a major sports sponsorship, according to AdAge. “Idol” was the platform for whole new campaigns, and the red cups on the judges table became an iconic part of the show. AT&T and Ford also hitched their wagons to “Idol” as other advertisers started asking for the same deal.

In maybe one of its most-overlooked innovations, “Idol” was one of the first shows that let the TV audience vote on their favorite contestant. The first season had a 1-800 number, and the second added texting — a technology so new that Seacrest had to teach viewers how to do it.

Ryan Teaches America How to Text

Flashback Friday to when Ryan Seacrest gave us all a lesson on how to text message our votes! We’ve come a LONG way.

People could text in multiple times to stuff the ballot box, AdWeek notes, giving people plenty of texting practice. A few seasons later “Idol” was bringing in millions of texts and, at times, over 100 million votes a week — rivaling some presidential elections. As texting fell out of favor, “Idol” started accepting votes via Fox’s app, but if you want to live like it’s 2002, you can still vote by phone.