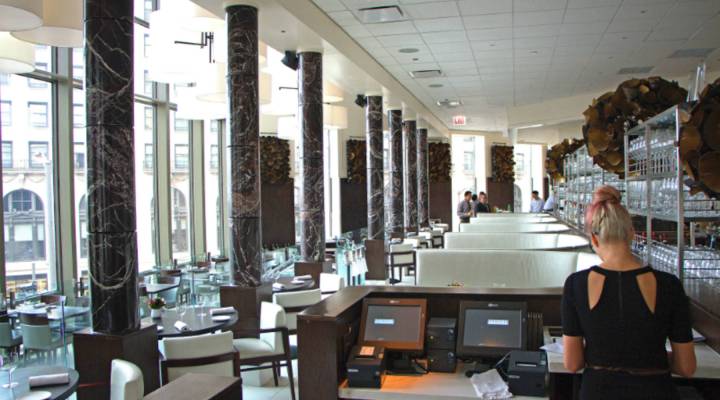 COPY
The dining area of the restaurant Spiaggia prior to opening. Nova Safo/Marketplace

The dining area of the restaurant Spiaggia prior to opening. Nova Safo/Marketplace
Listen Now

Eating out isn’t what it used to be.

More and more restaurants are either completely scrapping their traditional a la carte menus or shrinking them — all to make way for tasting menus. Once the realm of a few big name chefs, tasting menus — which offer a set number and order of courses for a set price — have become a lot more common. The reasons why have to do as much with profits and branding as with chefs wanting to express themselves creatively.

Take Spiaggia restaurant, one of Chicago’s fine dining establishments. It has one Michelin star and recently joined the growing list of restaurants adopting tasting menus, as its Chef-Partner Tony Mantuano tries for a second star.

Having fewer dishes on the menu, and making the same ones over and over again, gives him and his staff the opportunity to hone their craft and their dishes, Mantuano said. He also pointed to industry trends as another reason for his decision.

“We’re guided by what the guest wants,” Mantuano said. And what guests want, he said, is an experience — unique dishes and an entertaining night out.

“[For] a lot of our guests, this is their event for the night. They want to post whatever they’re dining so their friends can see where they are… I think it’s become a real important part of people’s entertainment schedules,” he said.

There is a financial benefit to tasting menus, as well.

“Before the switch we had a much larger a la carte menu,” said Joseph Flamm, Spiaggia’s Chef di Cucina, who is responsible for the day-to-day operations of the kitchen. “You just had a lot more waste… Maybe we’re going to sell six rib eyes this night, but 20 tomorrow.” With a tasting menu, Flamm can better plan what to spend on ingredients.

A kitchen worker prepares multiple orders of one dish at Spiaggia. (Nova Safo/Marketplace)

Financial incentives, branding and creative expression were behind chef-owner Ryan McCaskey’s decision to take his Acadia restaurant, also in Chicago, to an exclusive tasting menu format. (There is still an a la carte menu at the bar.)

McCaskey credits his tasting menus for helping him get two stars. The acclaim has led to unsolicited offers from investors to fully fund his future restaurant ventures.

“I mean, the first time someone said that to me, I said, ‘Wait a minute. Let me get this straight… I don’t have to give you a dollar. You’re going to give me all of the money to build my next restaurant,'” McCaskey recounted. “And everyone says yes.”

He hopes to open more casual, lower-priced establishments that bank on his name and cache.

McCaskey’s success is the stuff of young chefs’ dreams. Many are jumping head first into tasting menus to try to replicate that kind of success.

“I think the first tasting menu I saw was at a three star in Paris about 20 years ago,” said Bruce Palling, a food columnist for Newsweek. “And I thought at that point it seemed rather novel. But now I think it’s become the routine way of young chefs to show off their talent.” Palling suspects the trend has hit a peak. Diners are getting tired of long pre-programmed menus, he said. At their extreme, tasting menus can drag on for six hours and consist of dozens of courses.

“At some point in the next two or three years, it will come to an end,” Palling said. “People will want to have proper courses”

Tasting menus will remain, he said, but at more manageable lengths, and probably only in the realm of established chefs. 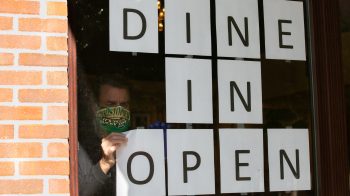