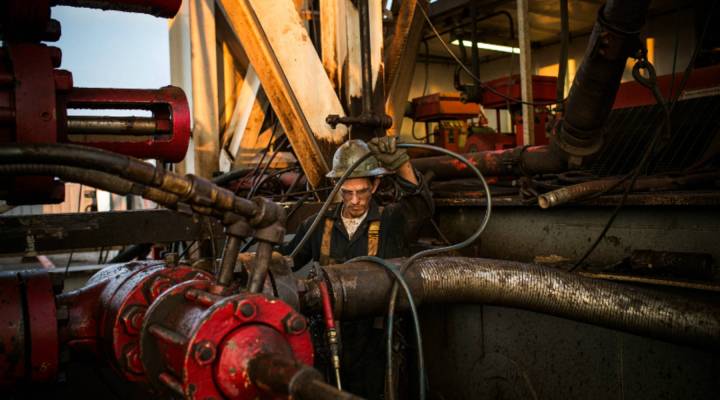 COPY
North Dakota has experienced a huge drop in the number of active drilling rigs over the past several years. Andrew Burton/Getty Images

North Dakota has experienced a huge drop in the number of active drilling rigs over the past several years. Andrew Burton/Getty Images
Listen Now

According to data from the state of North Dakota, the number of active drilling rigs operating in the state has fallen to below 40, down from about 200 in March of 2012.

“Everyone that I know is down, down, down from where they were,” Jake Lambert said, a retired Bakken oilfield service provider.

Many oilfield firms have laid off workers. But Lambert said his adult children are still hanging on in the industry, despite their incomes having dropped 30-50 percent. He said they and others are hoping for a rebound.

“Everyone talks about not ‘When the boom comes back,’ but ‘When things pick up,’” he said. “And everyone believes or wants to believe that will happen.”

But in the meantime, with less oilfield cash flowing, sales tax revenue is down. Those trends imperil projects like a $25 million jail expansion in Williams County, in the epicenter of North Dakota’s oil patch.

“It’s almost a daily discussion: move ahead, don’t move ahead, wait a year,” Williams County Commissioner Dan Kalil said. “As we set our priorities every year, they’re changing so rapidly.”

Kalil said the jail expansion is still needed, as crimes like theft have climbed amid the oil patch downturn.