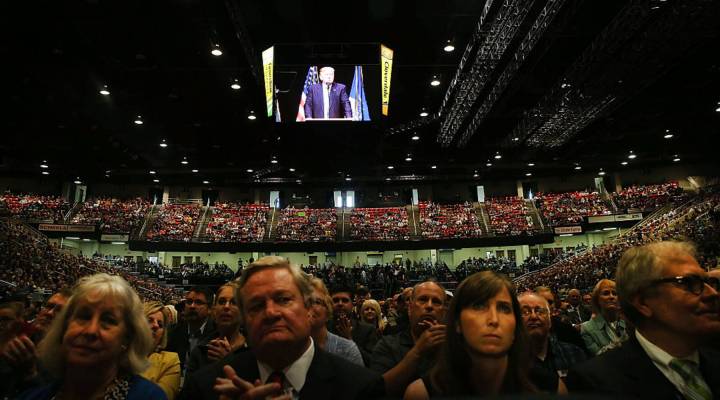 Donald Trump talked energy Thursday at the Williston Basin Petroleum Conference in Bismarck, North Dakota. He hit all of the key words: oil prices, coal, the EPA, energy independence, fracking. But the people on the ground who actually live and work in energy rich regions — what do they want?

Outside the conference, a table was covered with swag from the Laborers’ International Union of North America, or LiUNA. Pam Link is the director of business development in North Dakota and Minnesota. The union’s members work on pipelines and power plants, so it’s not surprising that Link feels strongly about keeping fossil fuels in the energy mix.

“We don’t want coal to go away,” she said. “We listen to what’s happening in Wyoming, with hundreds being laid off in the Gillette area.”

“You’re getting bombarded,” he said. “It becomes a mental fatigue issue as much as a resource issue, where you’re fighting with your own government at a time when you’re fighting for survival.”

And oil companies are fighting –two years ago there were 191 active drilling rigs in the state, now there are 28.  But not everyone in Bismarck is thinking about rig count and coal jobs. Before Trump spoke, Austin Klein was preparing for his first-ever protest.

Klein said his message isn’t just anti-Trump, but also against the negative impacts of an energy boom, like increased crime, environmental issues, and worker safety.

“I’m not against oil extraction,” he said, “I just want it to be done in the right way.”

But any U.S. president won’t really have the power to take on every energy-related issue — like the price of oil, said Lynn Helms, who heads North Dakota’s Department of Mineral Resources.

“It’s a global commodity, so it’s a supply and demand thing,” he said. “That’s what we’re dealing with.”

The  commodity is global, but the impacts of a sharp decline in oil prices are very local. Revenue in energy states like North Dakota have plummeted along with the price of oil. 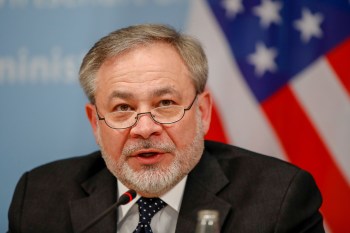