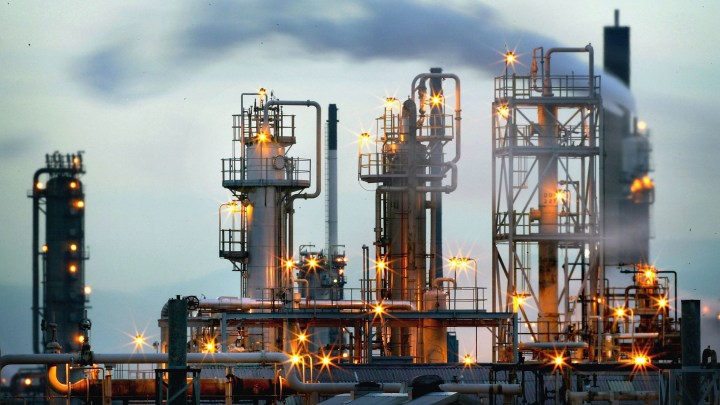 COPY
In the fall, the global economy came out of COVID-19 hibernation, and demand for oil and gas began to outstrip supply. Christopher Furlong/Getty Images
COVID-19

In the fall, the global economy came out of COVID-19 hibernation, and demand for oil and gas began to outstrip supply. Christopher Furlong/Getty Images
Listen Now

It was a bit of a roller coaster for oil prices Monday.

Let’s start by stipulating that a drone and missile attack on Saudi oil and military sites was the proximate cause of oil prices jumping higher Monday morning to above $70 a barrel for Brent crude and just a tad under $68 for West Texas Intermediate. Houthi rebels claimed responsibility. Later reports said there was no significant damage to Saudi facilities, and oil prices ended up falling back down.

But crude oil prices are still up significantly over the past several months. After crashing to negative dollars a barrel on the spot market in mid-April after the pandemic hit, WTI recovered, anemically, to hover around $35 until late fall. Then it started edging steadily higher and is now sitting around $65 a barrel.

Which is a pretty nice price if you’re a U.S. producer in someplace like the Bakken Formation or Permian Basin.

Here’s what’s happened to the global oil market in the last 12months — in trader jargon:

“We moved from what is called ‘contango’ to ‘backwardation’—a backwar-dated market,” said energy consultant Stephen Schork. To explain in regular-people terms, the “contango” market happened when crude oil demand and prices plummeted after the pandemic hit.

Then, in the fall, the global economy came out of COVID-19 hibernation and needed more oil and gas.

“Demand now is beginning to outstrip supply. There’s a lot of optimism about a vaccine, the economies around the globe opening up,” Schork said.

And that has driven prices up.

Alex Ramos-Peon at Rystad Energy said that’s good news for shale oil producers in the Permian Basin of Texas and New Mexico, “one of the most prolific and one of the most affordable sources of oil nowadays, globally,” he said. “So with all the efficiencies that we’ve seen in drilling, in fracking, essentially all areas of the Permian are commercial and very profitable at $60.”

But more oil-pumping profitably out of the ground doesn’t necessarily mean another boom time in rig workers’ jobs and pay.

That’s because there’s been massive consolidation accelerated by the pandemic, said analyst Michael Orlando at Econ One Research.

“We saw a record number of bankruptcies in the oil and gas sector in 2020, and we were going to see a contraction in employment in the industry, cost reduction in the industry,” he said.

Employment in oil and gas drilling is down about 5,000 since before the pandemic and down about 70,000 since the peak in 2014, according to Bureau of Labor Statistics data. 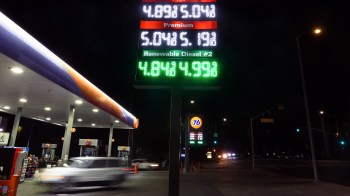