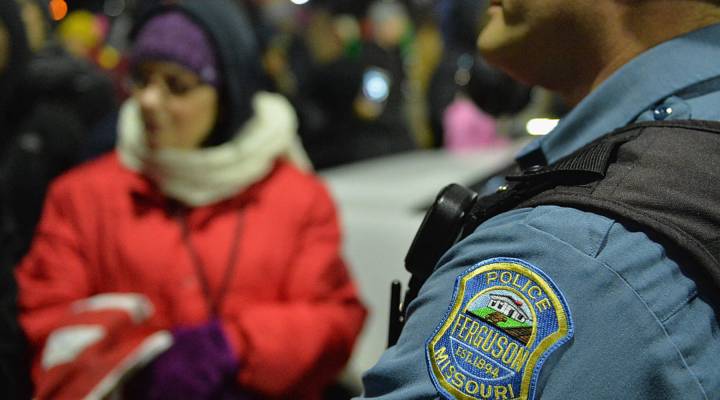 The settlement, which lets the city avoid a legal battle with the U.S. Department of Justice, dictates an overhaul of the department. It comes more than a year and a half after a white Ferguson police officer fatally shot 18-year-old Michael Brown, an unarmed black man. The incident in the Missouri suburb sparked a national discussion about racial tensions within the criminal justice system.

The city estimates the Department of Justice’s reforms will cost Ferguson as much as $3.7 million in the first year and $3 million in subsequent years, The New York Times reported. While some members of the public were concerned the reforms would bankrupt the city, others argued a lawsuit would cost upwards of $8 million.

In the end, the council decided in favor of reforming its police department. It’s unclear how long it will take to put all the reforms in place, but one thing is certain — they are meant to completely change the way the police interacts with the public. The measures, covered in this 127-page document, include protocols and restructuring to increase transparency and improve the community’s trust in its officers, as well as increase officer safety and morale.

Here’s a breakdown of some of the major reforms affecting the police department’s day-to-day operations:

One of the overarching themes in the agreement is the need for better community relations. The agreement calls for implementing programs such as the Ferguson Youth Advisory Board and the continuation of the Ferguson Police Department Explorer Program, which invites “young adults with an interest in law enforcement” to learn more about law enforcement as a career option. It also recommended that within 180 days of the finalized agreement, the city and FPD officers engage in small group discussions with community leaders, facilitated by neutral parties.

In addition to establishing more community groups, the agreement states that within 90 days, the city will begin soliciting volunteers and community members to serve the Neighborhood Policing Steering Committee (NPSC). The NPSC will serve as a representative body of community members that “provides input on FPD and city law enforcement issues.” This is separate from the civilian review board that is already in place in Ferguson and provides oversight on community and city relations.

Reviewing and reaffirming the policy of the Ferguson Police Department was also a major part of the agreement. It states that within 180 days of the effective date, the FPD needs to establish a training committee made up of representatives from FPD and the Neighborhood Policing Steering Committee. The lesson plans and curricula will be reviewed and approved by the DOJ.

The Justice Department also stated the city must provide police officers with body-worn and in-car cameras with full functional microphones to record officer interactions with the public. Footage recorded by these cameras will be stored and made publically available to “the maximum extent under Missouri state law and consistent with individual privacy rights.”

Under the agreement, the city will also assess data to monitor the progress of these reforms. “The City and FPD will develop cost-feasible protocols for regularly, and at least annually, conducting data-based assessments of the impact of all police and court programs, initiatives, activities, and services to determine whether they impose a disparate impact on the basis of protected characteristics.”