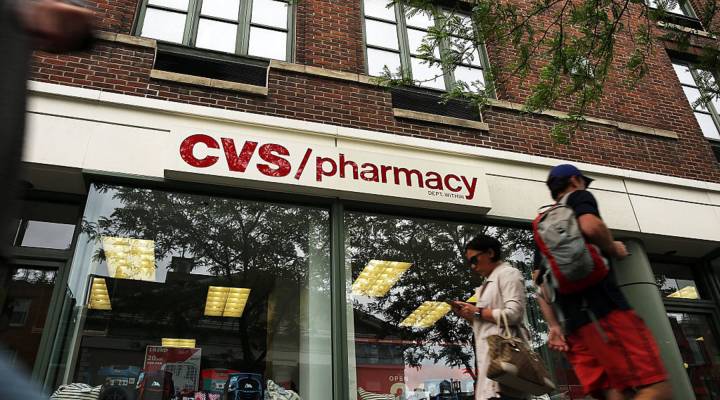 Drug prices have become a campaign issue, and the subject of hearings on Capitol Hill.

Specialty drugs in particular have seen price inflation of up to 25 percent according to analysis by Deutschebank, though the growth in price for more widely used drugs has been much more moderate. Analysts also point out that seemingly expensive drugs can take the place for even more expensive hospital stays or lengthy regimens of cheaper drugs.

The branch of CVS that manages prescription benefits for health insurers says it has managed to buck — or at least moderate — the trend, bringing price inflation down from 12 percent overall down to five percent.

“It’s based on their negotiating power and the availability of therapeutic substitutes,” said Erik Gordon, professor at the University of Michigan’s Ross School of business. He says CVS Caremark and rival ExpressScripts, known as pharmaceutical benefit managers, are huge.

“About half the prescriptions in the U.S. go through them, they have a lot of bargaining power, a lot of influence over drug pricing,” Gordon said.

CVS can play generics, name brands and competitors generally off of one another by refusing to cover a drug or cover it less.

“They have been able to limit and exclude probably twice as many drugs as they did two years ago,” said Robert Goldberg, cofounder and vice president of the Center for Medicine in the Public Interest, a group that receives funding from pharmaceutical producers.

The process by which prescription coverage is decided, and where the savings go, is opaque, he said. “It doesn’t always directly pass through to the consumers.”

The best way to evaluate how CVS and pharmaceutical benefit managers are reducing prices may be to look at it from the consumer’s point of view.

He argues that balance is something consumers and health plans have to keep constant tabs on.