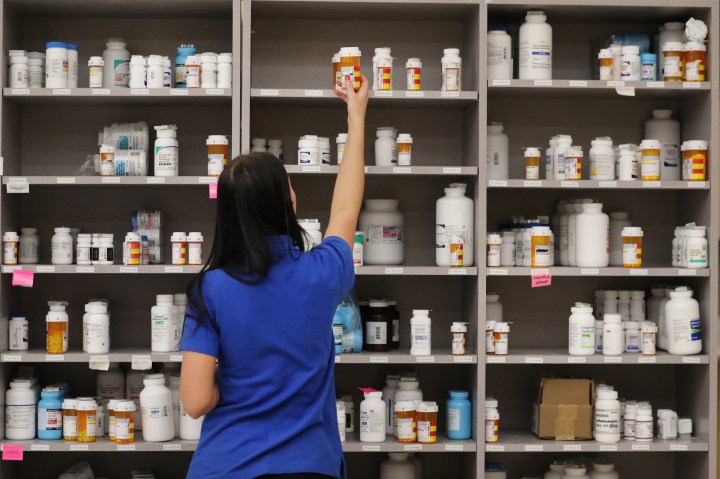 If you watch television these days, you’ve seen drug advertisements. They tend to feature happy people doing happy, normal things, thanks to a new drug (often, while a litany of side-effects plays in the background). At midnight last night, those commercials were supposed to change.

A new rule was scheduled to kick in that would require drug companies to disclose the price of prescription drugs in most television ads.

Hours before the rule was to be implemented, however, a federal judge in the United States District Court in Washington, D.C., blocked it, saying that the Department of Health and Human Services did not have the authority to force drug companies to disclose prices.

Health care costs in the U.S. are the highest in the industrialized world, and prescription drugs are a major contributor to these costs.

“People in the United States of America pay two to three times what other countries pay for their prescription drugs,” said David Mitchell, founder and president of Patients for Affordable Drugs, an advocacy group seeking to lower drug prices in the U.S.

According to Mitchell, the system is set up to give drug companies almost unilateral control over drug pricing.

“The pharmaceutical industry has spent 40 years and billions of dollars building a legal and regulatory framework that enables them to exercise monopoly pricing power to dictate prices to us,” he said.

Another thing that sets the U.S. apart from the rest of the world is the fact that prescription drugs can be advertised at all.

The U.S. and New Zealand are the only two countries in the developed world that allow direct-to-consumer drug advertising. Current rules require that most ads warn patients about possible side effects, but companies are not required to disclose the prices of — often expensive — drugs.

Millions of Americans struggle to pay for prescription drugs. In May of last year, the Trump administration announced a plan to reduce drug costs. The pricing transparency rule that was due to go into effect last night — which would have required companies to disclose the list price of any drug costing more than $35 per month — was the first step in that plan.

“The idea behind price transparency, for patients, is to give patients really important price information to help them shop for their care,” said Anna Sinaiko, an assistant professor at the Harvard T.H. Chan School of Public Health.

Sinaiko said that if enough people shop around for health care, “it then gives providers and drug companies an incentive to compete on cost.” And, while it hasn’t been proven, she said it “could, in theory, if enough people move to lower cost, potentially lower spending.”

Brook Baker, a health law professor at Northeastern, said the legal case made by the companies was twofold, first “that the Department Health and Human Services had not been authorized by Congress to impose price disclosure requirements on pharmaceutical companies,” and secondly, that this requirement would infringe on their corporate free speech.

Baker said that the Trump administration could appeal the decision, or Congress, where there are a number of laws in the works to limit drug prices, could require price disclosure.

Whatever happens, there is doubt that this rule would have even lowered drug prices at all.

“While we believe that it’s good for patients and consumers to have more information, there is no evidence whatsoever that displaying list prices in ads is going to lower the prices of prescription drugs,” said Mitchell.

Sinaiko agreed. “The evidence suggests that [listing prices] is kind of a weak lever to lead to lower costs,” she said. “Most patients aren’t seeking out that information and it’s often not available at the time when a lot of health care decisions are made.”

As part of her research, Sinaiko analyzed health care spending in New Hampshire, where hospital procedure prices are available online. She found that patients chose lower costs in only one area, advanced imaging procedures like MRIs and CT scans. In every other scenario, there was no effect. But, she said, the New Hampshire health care system hints at another possible benefit.

“Large purchasers could get great value from this kind of transparency,” she said. “[State governments and large corporations] could use this information to try to find a plan that had the better-negotiated rate and try to put some downward pressure on the drug manufacturers’ prices.”