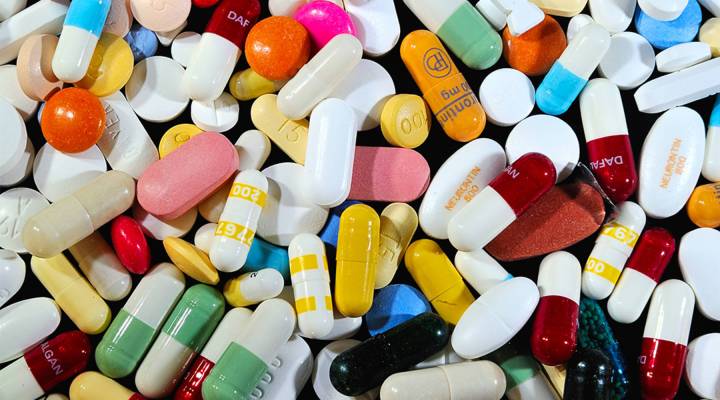 The Trump administration is expected to finalize a new rule soon that would require drug makers to include list prices in their TV ads for prescription drugs.

The idea is that such transparency will lead to more competition and ultimately to lower cost for consumers.

One big drug company is already including the list price for one of its popular medications, as well as what it says is the average range for what most consumers pay after insurance, rebates and other discounts.

In a new TV commercial for the blood thinner Xarelto, viewers see a graphic with pricing information that flashes at the end of the spot.

The last frame in an updated version of a Xarelto commercial incorporates the price of the drug.

Scott White, company chair for Jannsen’s North American pharmaceutical business, which makes Xarelto as a subsidiary of Johnson & Johnson, said the company wanted to get in front of the new rule.

“When this debate first started around the inclusion of price, we made a decision to conduct wide-spanned research into understanding what information is going to be most meaningful for the patients and consumers,” he said.

What Johnson & Johnson seems to think is most meaningful is what’s clearly more prominent in its Xarelto ad: It says “most” users will pay between $0 and $47 a month. A little less noticeable is the monthly list price: $448.

Price transparency is a good goal, said Jill Byrnes of suburban Minneapolis. Her 19-year-old son has Type 1 diabetes. Her family is on a high-deductible insurance plan, so for the first three months of every year, she has to pay full price for her son’s insulin, which she said amounts to $1,800 a month.

“If it says $10,000, people are going to freak out about that,” she said. “It may stop companies from just charging whatever they can,” she said.

Peter Bach, an oncologist and director of the Center for Health Policy and Outcomes at Memorial Sloan Kettering in New York, agrees.

“The only step here is allowing patients to see how outrageously priced some of these drugs are,” Bach said. “And some activated patients will then be able to go onto the internet and say, ‘Gee, this price is three times what it is for the same drug in Germany. Why is that?’”

The pending rule is controversial, however.

Jon Bigelow at the Coalition for Healthcare Communication, a pharmaceutical industry lobbying group, doesn’t think a consumer having knowledge of a drug’s list price will give them any magic power. In fact, he thinks this information could have dangerous consequences.

“If a patient gets the message from a television advertisement that some therapy is going to cost a huge amount of money, it may simply dissuade them from going to their health care practitioner and even asking the questions,” he said.

And Stacie Dusetzina, professor of health policy at Vanderbilt University, doubts that drug companies will lower prices after consumers see full list prices for their drugs.

“It really, fundamentally, doesn’t seem like it would matter,” she said. That’s because drug companies just have too much leverage.

“Whereas there’s not much controversy when a company’s required to disclose the amount of the interest rate on your loan or how your attorney fees are going to be calculated, there’s a lot of controversy about whether the list price of a drug is meaningful price information or if it actually verges over into the misleading,” she said. Misleading, she said, because few people actually end up paying the full, listed prices for their medications.

There’s a good chance big pharma will sue to stop the new rule if it’s finalized.