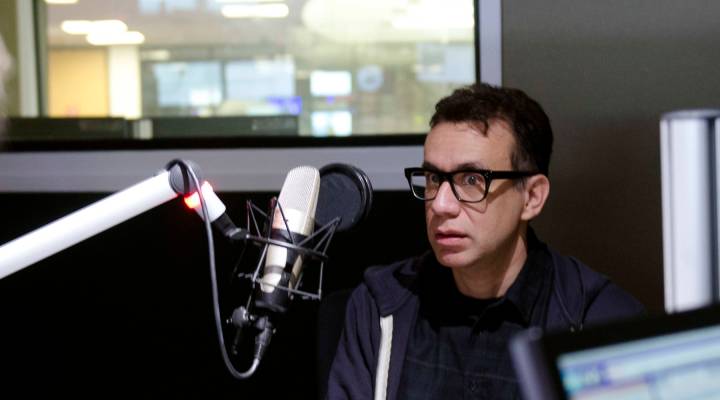 “Saturday Night Live” creator Lorne Michaels and his production company Broadway Video are launching a new venture this month: Más Mejor, a digital comedy channel targeting the Latino millennial audience. Short form videos and editorial programming will air on Más Mejor, both in Spanish and English. Más Mejor content will be distributed across a network of digital and social platforms.

Actor and comedian Fred Armisen has joined the project and will write content for these comedians, as well. Armisen will also help run the channel, alongside his former SNL co-star Horatio Sanz and other comedians.

On becoming a part of Más Mejor:

It’s part of Broadway Video and they have a company called Above Average. They do a lot of online content and comedy, so they’re launching a Latino version of it — some Spanish-speaking and some bilingual content comedy. And Lorne [Michaels] and the company asked me to get involved and I can’t wait to do it. I’ve always been wanting to do Spanish language entertainment [because] my mom’s Venezuelan and I’ve always been fascinated by Latin comedy and Latin TV.

On the differences between Anglo and Latino comedy:

Definitely [there is a difference], but because I can’t figure out what it is exactly, that’s why I want to attack it somehow. What is this entertainment? You know, “Sábado Gigante” and all the shows like that, they have huge audiences. So, since we are so close culturally, I mean I feel like it’s just one culture pretty much — the United States and Latin America — I’m like where is that bridge? Where is that point where there is Latin entertainment and American entertainment?

On scouting for Latino comics for Más Mejor:

I went to Mexico City for this recently. And I just wanted to know what that world is. We have our preconceived notion of what Mexican culture is and then there’s what the actual culture is and the culture of comedy. So, I went to this one stand up show and already I was wrong about what I thought it would be. It was really funny, these stand up comedians are very similar to the kind of comedians you see here in Los Angeles. And so much of it is such a huge question mark that that’s what I’m enjoying about doing this.

On how he knows when someone is funny:

That is something that is so hard to describe. I think it’s in DNA. I think it’s in the connection between the audience and the comedian. It’s obviously a matter of taste. But it’s just one of those things where there are people that are built and made to do it. Just as I think there are people that are built and made to make music. There’s something that just works. There no way to describe it. The only one thing I would say is it makes you feel happy to be alive in that moment. If you’re seeing someone perform there’s that feeling that “It’s so great to be alive at the same time as this person.” It’s really magical when that happens. I can’t believe I said the word magical, but I think a place where it’s really evident is in “Saturday Night Live.” You know whenever there’s a new cast member? Sometimes you just know that that person has got it. They’ve got it. They’ve got that DNA. The way their voice sounds in that studio. You just know that that is a funny person.