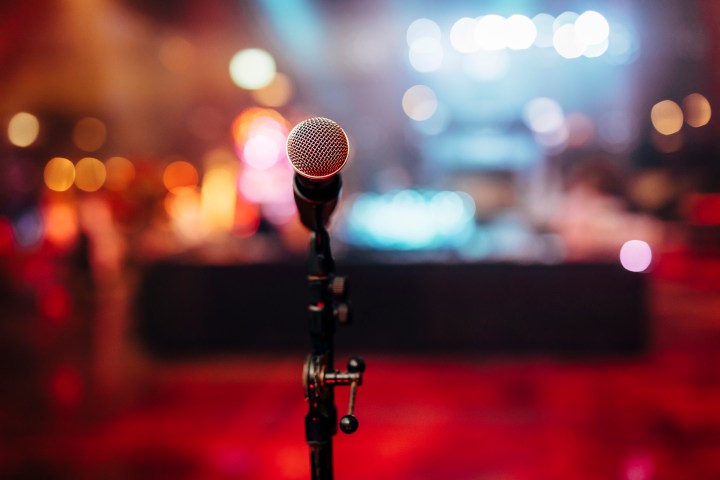 COPY
Comedians are speaking out about their desire to have the same kind of royalties deal that musicians typically have. Getty Images

Comedians are speaking out about their desire to have the same kind of royalties deal that musicians typically have. Getty Images
Listen Now

Spotify has removed the work of hundreds of comedians from its streaming platform due to a fight over royalty payments. It’s the latest front in a long struggle between the creators of content and the tech firms that host it.

New York City comedian Eddie Brill was David Letterman’s warmup act for more than a decade, and he used to book the show’s comedy acts.

He’s been doing standup for more than 40 years. So, he said he’s used to arguments about money.

“Back in the old days you know, people say, ‘Well, look, we’ll give you exposure, and that will be terrific for you,’ and they keep all the money,” he said.

Nobody was talking about streaming comedy shows back then, but he said this new fight feels kind of similar.

What comedians want is the same deal musicians and songwriters have.

There are two royalties for music: One paid to the performer, the other paid to the songwriters and composers. The BMI or ASCAP on the labels of LPs are the organizations that collect and pay those.

But when it comes to comedy and spoken word, there’s a difference.

“When Spotify and other streaming services license music, it’s regulated under law. The issue about them licensing comedic performances is not regulated under law,” said David Israelite, president and CEO of the National Music Publishers’ Association.

“Comedians never thought: ‘I’m going to make my money from being a comedian off of the public performance and reproduction rights of my literary works.’ They make their money off of live gigs and production deals and TV shows and movies. But the lightbulb is beginning to go off,” said Jeff Price, founder of Word Collections, a digital rights management company launched last year.

Which is welcome news for Israelite and the songwriters he represents. For him, the more the merrier.

“Spotify and others’ attitudes toward comedians is really just an extension of how they’ve been treating songwriters for a long time,” he said.

Spotify didn’t respond to a request for an interview. It’s likely that the next front in this battle will be in a courtroom.

Correction: An earlier version of this story mischaracterized the legal status of the comedians’ claim. The text and audio have been corrected.