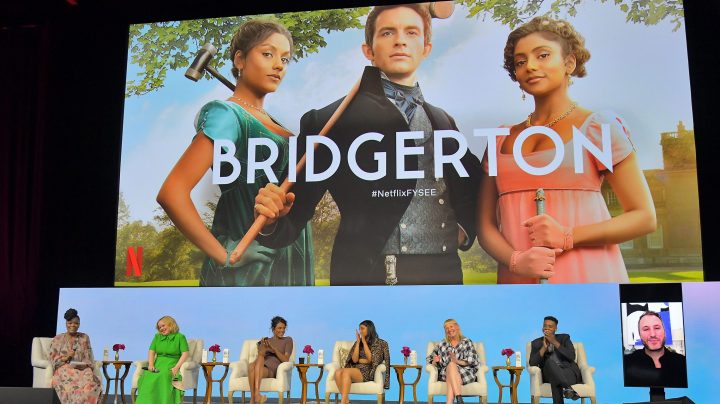 Netflix is changing the way it pays some stand-up comics, according to a report Friday in The Wall Street Journal. Basically, instead of buying a comedy special outright with a big lump sum, the streaming service will rent it for a couple of years and then give it back to the comedian. A Netflix spokesperson told “Marketplace” this is just an “additional, alternative pathway for comedians to work with Netflix, in response to the current market.”

Back when it was rapidly growing its subscriber base, Netflix spent lavishly on comics like Dave Chappelle and Ali Wong. Not to mention nine-figure deals for showrunners like Shonda Rhimes and Ryan Murphy. So does that model still work now that it’s losing subscribers?

In 2017, when Netflix lured Rhimes away from the broadcast world, the strategy wasn’t just about acquiring new hit dramas like “Bridgerton.”

It was about making you think Netflix was synonymous with new hit dramas like “Bridgerton.”

“What Netflix did was really smart in terms of paying a bunch of showrunners and a bunch of talent to create original Netflix programming that then built Netflix’s brand,” said Michael Smith, a marketing professor at Carnegie Mellon.

Wall Street was fine with that. Netflix kept inking big-name talent, subscriptions kept rolling in, you kept binge-watching “Stranger Things.” Everyone was happy.

But if Netflix made a nine-figure Shonda Rhimes-type deal right now, Wall Street would have some questions, said Bank of America analyst Nat Schindler.

“I think Wall Street would look at it very skeptically. People are looking for them to actually cut spend.”

For a while, Netflix had cornered the prestige streaming-TV market and enjoyed strong ties with the talent that created it.

But now it has deep-pocketed competition like Amazon Prime, Disney+ and Apple.

Which means we’ll still see news of nine-figure deals for the people who create the popular ones.

“There is a dearth, there is a shortage,” he said. “You don’t manufacture those people.”

Hmmm … wonder if this is a good time to dust off my spec script.