This final note on the way out today offered by way of saying the long-running hit game show “What is Janet Yellen thinking?” that we’ve been playing for a while now has breathed its last.

In the minutes of the last Fed meeting that were released Wednesday, Yellen and company said this (it’s a quote — and it’s Fed speak — so bear with me):

“Most participants anticipated that, based on their assessment of the current economic situation and their outlook for economic activity, the labor market, and inflation, these conditions could well be met by the time of the next meeting.”

Binyamin Appelbaum, who covers the Fed for the New York Times tweeted this about that: it’s the equivalent of the Fed standing up and shouting out loud that there would be a rate hike.

Next meeting’s December 15-16. Put it in your calendar in ink. 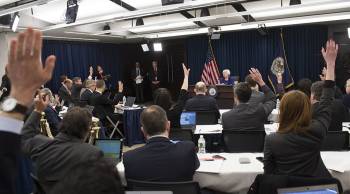 Listening closely to the Fed meeting