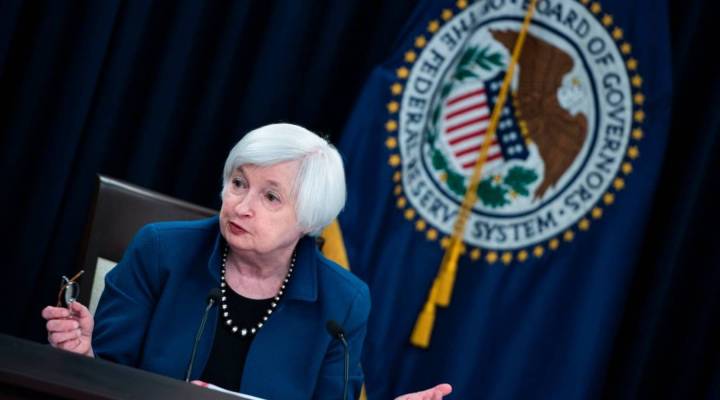 Fed Chair Janet Yellen said the economy is strong and ready for a rate hike. Inflation is closing in on the Fed’s target of 2 percent, and Yellen said the unemployment rate is continuing to fall. But some people say it’s premature to raise rates.

“I take that as a signal that we’re coming closer to our maximum employment objectives, but productivity is, for those focusing on wage growth, productivity is an additional important factor,” she said.

There’s quite a debate about this. Some economists say the recession depressed investment in research and development, and companies just aren’t innovating enough, and that’s lowering productivity growth.