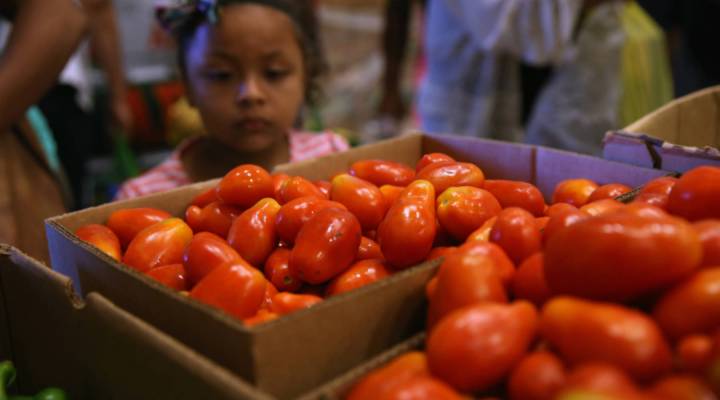 More than 46.5 million Americans are living below the poverty line, according to U.S. Census Bureau data released Wednesday. The poverty rate held steady at 14.8%, and median income remained flat, a sign, economists say, that wages are not rising. Even those who have had a pay bump find themselves squeezed.

Ryan Navales works at the Midnight Mission, a social services organization in Los Angeles. He loves his job, and earlier this year, he received a promotion and a 10 percent pay bump. Still, between the cost of rent, car payments and supporting his young daughter, Ryan finds himself squeezed.

Jane Waldfogel, a professor at Columbia University who researches poverty and author of the forthcoming book “Too Many Children Left Behind,” has seen this wage trend. She noticed something in Wednesday’s Census release. By one measure, the level of child poverty went down. But that measure takes into account tax credits for low-income working people. She concluded that government tax policy helped those children, not that their parents are making more money.

“It’s a pretty discouraging picture in terms of what people are making,” Waldfogel says. “And I think it’s not coincidental that there’s a lot of talk now about raising the minimum wage in a lot of localities and states.”

The report also showed median income remaining flat, which Timothy Smeeding, a professor of economics at the University of Wisconsin-Madison, finds troubling.

“No change in median income means we’re creating more jobs, but a lot of those jobs are part time and pay low wages,” Smeeding says.