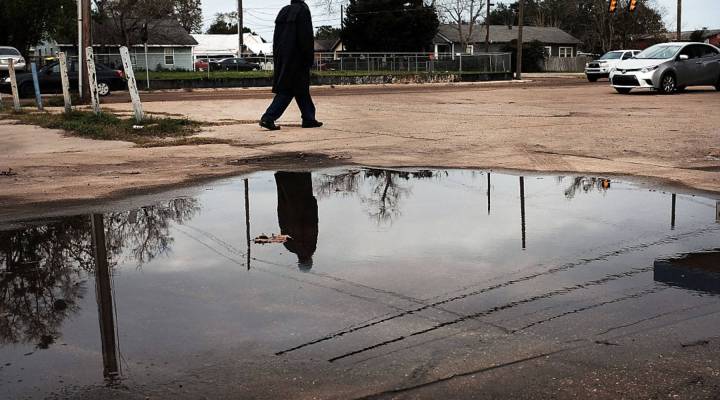 Fewer Americans lived in poverty in 2015 compared with 2014, according to the latest numbers from the U.S. Census Bureau. In reports released Tuesday, the agency said the poverty rate (before considering social safety net benefits) was 13.5 percent, a drop of a little over 1 percent from the year before.

Tiziana Dearing, co-director of the Center for Social Innovation at Boston College, said the numbers give us an indication we may be near the end of the slow recovery from the recession.

“Any time we see both the median income going up and the poverty rate falling or the number of people in poverty falling, you have to feel like that was a good year and we’re moving in the right direction,” she said.

Other economic indicators leading up to the Census release indicated the numbers would show improvement, said poverty expert Sheldon Danziger, president of the Russell Sage Foundation.

“Everything was positive: higher wage rates, more work, more full-time employment, and that translated both into declining poverty and rising median incomes,” he said.

But even after more than 30 years of sorting through similar data, he was surprised at Tuesday’s numbers.

“If you had asked me yesterday, I would have said I was expecting a decline [in poverty rates] of about half a percentage point,” he said. “Instead, the decline was much greater, and it was across the board for children as well as adults, and for whites, blacks, Hispanics as well.”

But these numbers don’t tell us everything about poverty in America. Elisabeth Babcock is president and CEO of Boston-based EMPath, which works with low-income families.
She said for those at the bottom of the economic scale, things might not be getting better.

“At the bottom, what we see is that the incomes have been increasing, but the greater percentage of that increase has been due to extra hours worked, as opposed to the actual amount that they earn on an hourly basis,” she said.

That could mean a second job, working longer hours at minimum wage, or picking up a bit of extra cash driving for a ride sharing service.

“For low-income families that we work with,” said Babcock, “their own earnings are not going up fast enough to make headway in that 97 hours a week they have to work to pay the rent on an apartment.”