The budget as a starting point for tax reform

The budget as a starting point for tax reform

Republican lawmakers called President Obama’s budget “top down” and “backward looking.” They said it “contains no solutions to address the drivers of our debt.” So where is the room for compromise?

“The one point Democrats, Republicans and the president can agree on is the tax system is a mess,” says Richard Kaplan, the Peer and Sarah Pedersen Professor of Law at the University of Illinois. “That you wouldn’t design it this way from scratch, that many of its key features are unjustifiable and that you ought to fix it.”

Kaplan points out you don’t see that kind of agreement on financial reform or healthcare reform. The president’s plan goes after money that companies have made and stashed overseas. He has proposed a one-time tax of 14 percent on that money.

“He’s hitting a popular theme,” says Thomas Cooke, a distinguished teaching professor at Georgetown University’s McDonough School of Business. “I think there is general consensus that we need to do what we can to get money back from offshore.” Cooke also sees says room for compromise on how the government taxes interest on investments.

But it is easy to say you are in favor of tax reform, says  Howard Gleckman, a senior fellow at the Tax Policy Center. “It’s like saying we are all in favor of mother and an apple pie, but what does that really mean?  And it means very different things to the president and congressional Republicans.”

The president wants to raise more revenue through reform, to spend on things like improving infrastructure. Republicans insist tax reform not raise any new revenue. “And that is a point of major disagreement between the president and congressional Republicans,” Gleckman says.

The president’s budget is a starting point. It will be months before we get detailed plans for tax reform from Democrats and Republicans. 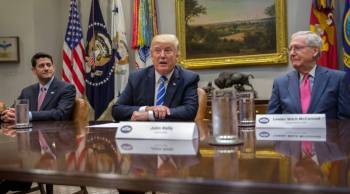 The latest Senate budget deal is approved. Does tax reform come next? 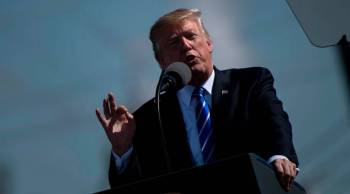