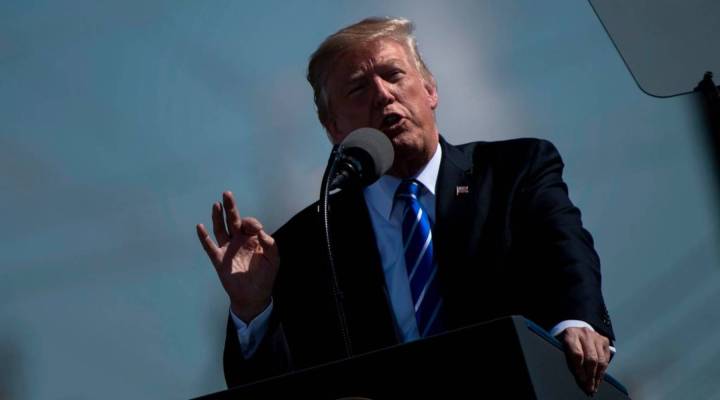 The president was looking for some common ground from the other party, but most Democrats have signed onto a set of preconditions before they talk taxes with the White House, while these three have not.

The Trump administration is signaling that to help pay for a corporate tax cut — from 35 percent down to 15 percent  — they may support limiting or taking away some widely used tax breaks, some of which would affect middle-class taxpayers.

Kenneth Rogoff, a professor of economics and public policy at Harvard, joined us to break down some of the issues in this tax reform minefield. Below is an edited transcript.

David Brancaccio: It’s one thing to understand, in theory, that changing America’s tax system or cutting taxes will be complicated. But when you start looking at how they would do that, and you see that things like the mortgage interest tax deduction might be in play, that’s a whole new level of, “Wow, that’s going to be hard,” isn’t it?

Kenneth Rogoff: I think it’s very hard to reform the tax system to make it clearer, simpler, better — and, at the same time, balance the budget as you go. Almost anything they do is going to have to end up cutting revenues. And they’ll just say, “well, it’s going to generate a lot of growth, so we don’t have to worry about it.” That’s fine, by the way. If they do a good job reforming the tax system and it cuts revenues, fine. It would be a good idea in the long run. But, politically, that doesn’t seem acceptable to a lot of deficit hawks on Capitol Hill. I don’t know what they’re going to be able to do.

Rogoff: Well, yes, but that’s why it’s not going to happen. For example, New York state and California are among the very highest tax states, and they would suffer the most. But they also have a lot of representatives in Congress. How on earth are you going to get all of them to vote for taking away that deduction for state taxes, which would be very bad for their state? Many, many Americans have interest on their homes. They’ve already cut it back some for wealthy. How are you going to take it back more? So I think they’re going to end up doing something much more modest, because they A — can’t get it past these deficit hawks without taking away some of the sacrosanct areas that Americans have gotten used to. And B — they seem to insist on balancing the budget. There’ll be see some smoke and mirrors. They’re going to say: “This produces so much growth. 3 percent, 4 percent, 5 percent. We don’t have to worry.” Ronald Reagan played that game. Maybe Trump and the Republicans will try to do the same.