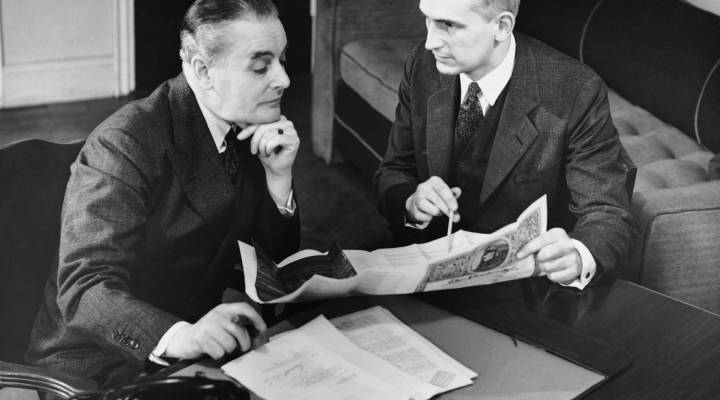 The Society for Human Resource Management says about 90 percent of companies give employees performance appraisals during the year. But only a small share of people who work in HR give their appraisal process high marks.

A few big companies like Microsoft and Kelly Services have acknowledged flaws in the traditional appraisal process and have retooled some major parts of it. So has software giant Adobe.

“For too long we’ve appeared as the police people, if you will, the regulators of processes that weren’t necessarily valued by the intended audiences, whether it be by managers or employees,” says Donna Morris, senior vice president of People and Places at Adobe.

A few years ago, Adobe spiked the traditional annual review.  Managers and workers now do regular, verbal check-ins every couple months. There’s no paperwork. Employees get clarity on their goals and can ask for support to help get their jobs done.

“People just really want to have an ongoing dialogue. They want to know that there’s no surprise in terms of how they’re performing, how they can make a difference in the organization,” Morris says.

Adobe’s part of what some experts say is a burgeoning trend of companies dumping the traditional performance review. Experts say the performance review can turn adversarial when talk of rankings and raises gets mixed into a conversation about an employee’s growth and development. And if the conversation only happens once a year, that creates all the more pressure.

But Sam Culbert, a management expert at the University of California, Los Angeles, says the trend to scrap the annual review needs to move faster. He’s an outspoken critic of the traditional review, as the title of his book suggests: “Get Rid of the Performance Review: How Companies Can Stop Intimidating, Start Managing — and Focus on the Results That Really Matter.”

“The metrics [of reviews] are baloney. One manager’s team player is another manager’s conflict avoider. There’s no consistency,” Culbert says.

The annual employee review took off in the postwar era as companies tried out new management techniques. In the 1980s, Jack Welch, a chief executive at General Electric, popularized a way of ranking workers as a part of performance management, Culbert says.

“So you could give 20 percent ‘excellent’ and then you had to give 10 percent either ‘improve’ or ‘get fired,’” Culbert says. “And the rest of the 70 percent were some form of average.”

Adobe’s system may not put to rest the fear of getting fired that many workers associate with performance conversations. The company says it’s retaining more of its top workers under its new approach, it’s also letting go of weaker employees at a higher rate.