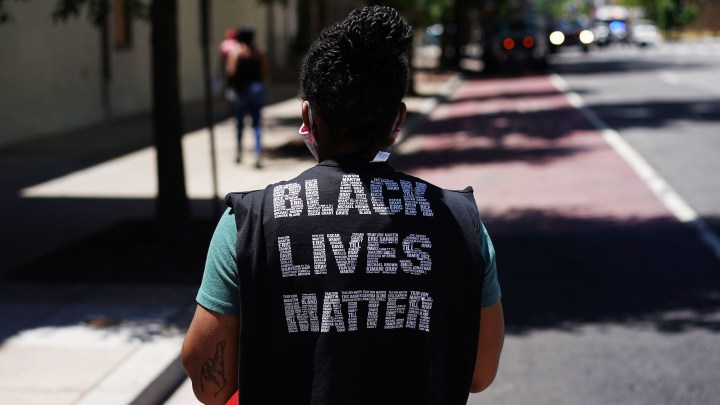 COPY
People are sending money to employees, employees are giving through companies and the donations are going further. Mandel Ngan/AFP via Getty Images
Race and Economy

People are sending money to employees, employees are giving through companies and the donations are going further. Mandel Ngan/AFP via Getty Images
Listen Now

Some corporations have been pledging contributions to Black Lives Matter at the corporate level, but that’s not the only way they’re financially helping to support the movement. Apple, Google, Disney and others are also matching their employees’ contributions to social justice groups. Some employees are crowdsourcing and bundling donations through social media to increase the impact.

Like lots of corporations, Adobe recently doubled matched its employees’ contributions to nonprofits.

Adobe employee Andre Martin Johnson Jr., said that pushed him to crowdsource his donations to the NAACP Legal Defense Fund and Human Rights Watch. People could send him money, he’d give through Adobe and their donations would go further.

“A lot of people started resharing my post. I was getting donations from people that I didn’t even know, from sort of third tier connections, if you will, and it really just snowballed,” Johnson Jr. said.

“Words match the action, and therefore employees feel better about the place in which they work,” Perry said.

Over the last two weeks, social justice organizations have raised $600 million, according to Jacob Harold of Candid, a nonprofit that tracks other nonprofits and foundations. That’s as much as they’d raised in the past two years.

Harold said the popularity of these matching programs “is illustrative of this new political power that many employees have and pressure that management is feeling from its workforce to engage in these critical social issues.”

And, by employees, Harold means the ones who are still working during a recession.

“The employees that are being listened to tend to be those that are highly skilled and maybe harder to replace,” he said.

Johnson Jr. said he wasn’t surprised when Adobe doubled its matching contribution. But, he “also wasn’t like taken aback with gratitude or anything like that because, you know, tech companies in the past have really had a reputation for underemploying people of color.”

But, he said, it’s a step in the right direction.