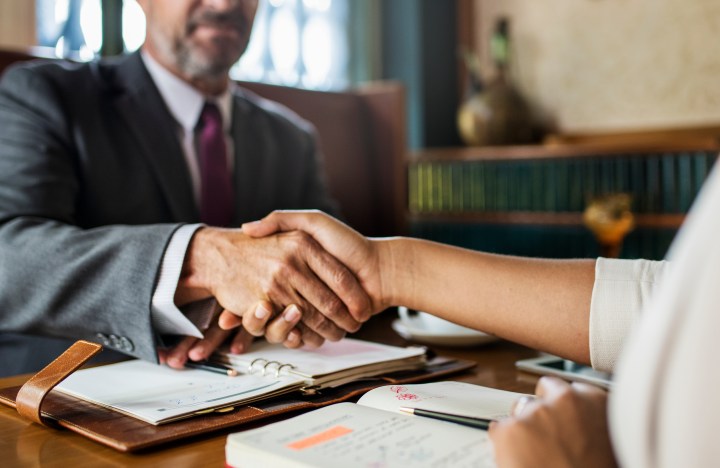 Scott Wintrip believes the way companies hire people today is broken: slow and inefficient. Most companies wait until they have an opening to start looking for new employees — they shouldn’t wait, Wintrip says.

He’s a proponent of “instant hiring,” where companies recruit and line up potential candidates before they even have an opening.

“In today’s fast-paced, on-demand world, it makes no sense to wait until a job opens up to start interviewing and hiring,” Wintrip, president of Florida-based HR consultancy Wintrip Consulting, told Marketplace.

If a job opens up, he says, a company then has a candidate ready to take it right away. In his view, traditional hiring methods set employers up to fail.

“When a manager has a job that opens up, they suddenly go from having one job to having three jobs at once,” he added. “Their job, they have to manage that open seat and they have to interview, and while doing all those three things, they are supposed to make smart hiring decisions? No.”

According to Jobvite, a recruiting software company, it takes companies an average of 38 days to hire someone. That’s almost five weeks between the job being posted and an offer being accepted.

Having a job open for so long can put a strain on a company, especially a small one.

“Companies should always be recruiting and continuously networking with new prospects and former employees, especially today when employees have so many choices,” said Paul McDonald, senior executive director at Robert Half, a global human resource consulting firm.

“Even a passive job seeker, one who is not currently looking for a job, is being solicited on LinkedIn and at networking and trade association events.”

With unemployment rate at 3.7%, skilled workers often receive competing offers with a “nice increase” in pay, according to McDonald.

Building a pipeline of potential candidates is especially important in industries where employees charge billable hours, such as lawyers and consultants, said McDonald — firms want to hire quickly and “make those individuals billable.”

Hiring managers trying to build a pipeline of potential candidates should be upfront about the fact that the opening is not available right away, Wintrip said.

“There’s no deception here,” he said. “If you are a candidate and I am a hiring manager, or a recruiter, I would tell you: ‘We do things differently. We don’t wait until a job opens up to begin recruiting. We know that hiring is a relationship so we start building those relationships before those jobs need to be filled. And when the jobs are open, then we have a relationship. I can come to you because we trust each other and say, OK, the job is yours if you want it.’”

Hiring managers who wish to take this approach should remain in contact with the job seeker, McDonald said. “If there is no communication between the hiring manager and the candidate, our research from Robert Half says that after two to four weeks, candidates become disinterested and are less likely to take the offer when given to them.”

Wintrip says that 25,000 companies worldwide have implemented some form of instant hiring. Hospitals, for example, use it to hire registered nurses because they cannot afford to have those positions open for too long without their staff feeling the strain.

People who are currently employed full-time are ideal potential candidates for instantaneous hiring, said Wintrip; the existing job can tide them over until there an opening materializes. But many employers worry that such a narrow focus could limit their pool of potential candidates.

A common pushback Wintrip says he hears from his clients is: “Well, what working candidate would want to go interview when they are happy?”

Turns out, a lot of people. Last year, a survey of 1,000 full-time workers by recruitment firms Accounting Principals and Ajilon found that 25.7% of employed people were actively looking for new jobs and 55.5% were “passively open” to new job opportunities.

“Smart people want to do that, because we never know if a job is going to end tomorrow,” Wintrip said. “Is the company going to be bought out? Is there going to be a merger and my role eliminated? Smart, talented people like options. Happy people are willing to be happier.” 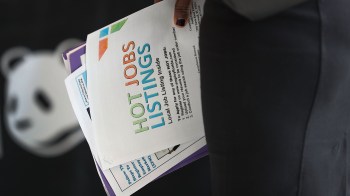