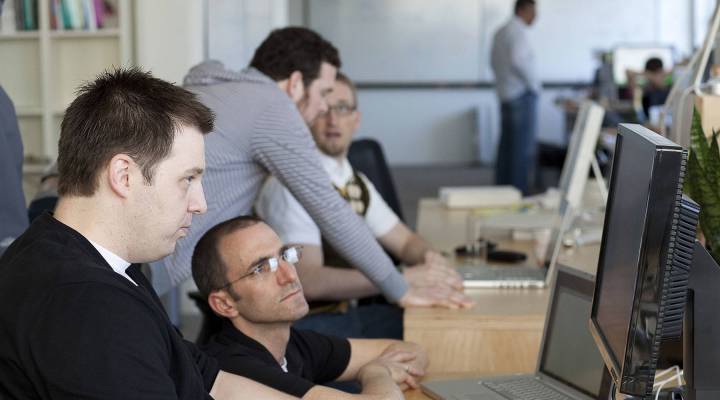 How can tech companies diversify their workforces?

How can tech companies diversify their workforces?

Twitter is the latest tech company to disclose statistics on the race and gender of its workforce, following Facebook, Yahoo, Google and LinkedIn. Like those companies, Twitter is falling short on diversity. Technology companies seem to recognize that there is a problem. In an email to Marketplace, Twitter pointed to a list of organizations it supports, including Girls Who Code, YearUp, Black Girls Code, and others.

These organizations help push more women and people of color through the pipeline and into tech jobs.

Kathryn Finney, the founder of DigitalUndivided, says for people of color, networking can be a stumbling block.

“Usually in tech, you get a job because your friend works there, or you know the founder, or you went to the same school and were classmates,” says Finney. “We’re not part of those networks.”

Brogrammers give up some ground in comp-sci classes

But people who work in tech say helping others break in is only part of the solution.

Leigh Honeywell, a security engineer, administrator of the Geek Feminism wiki, and member of Double Union, a feminist hacker space, says women who make it through the pipeline and get jobs in tech are confronted by a culture that can be downright sexist.

“I could tell you stories that would make you be like, is this ‘Mad Men?'” Honeywell says, referring to the 1960s-set AMC TV series.

“It’s really not cool to be encouraging all of these young girls and young people of color to enter a field where they are going to face discrimination,” says Honeywell. “It’s up to those of us that are here, both men and women to encourage attitude changes.”