AT&T is reportedly discussing an acquisition of DirecTV, according to a story in today’s Wall Street Journal.

Comcast already has a $45 billion merger pending with Time Warner Cable — it’s being scrutinized for anti-trust implications by the Federal Communications Commission. Comcast would end up with 30 million subscribers if the merger is approved. AT&T would reach approximately 26 million pay-TV subscribers with DirecTV, the biggest satellite TV provider, ahead of rival Dish Network. DirecTV could cost $40 billion to purchase, according to the Journal.

A merged Comcast-Time Warner Cable would become the nation’s biggest cable company (Comcast already has the largest number of subscribers), and would also be a dominant player in the broadband internet market. AT&T already has a mid-sized pay-TV business, as well as delivering video to its large mobile-phone subscriber base. If AT&T were to absorb DirecTV, it would have a bigger national footprint for delivering mobile television and video to smart-devices.

Regulators and lawmakers are scrutinizing the proposed Comcast-Time Warner deal. An AT&T-DirecTV deal, if it happened, would likely raise significant antitrust concerns as well.

On the plus side, AT&T could argue that a merger will enable the company to better compete with a new cable-broadband internet giant, Comcast-plus-Time-Warner. On the other hand, fewer pay-television providers nationwide would shrink the competitive playing field and leave consumers in many markets with few providers to choose among, says technology analyst Carl Howe, vice president at the Yankee Group.

“The FCC is faced with a very difficult choice,” says Howe. “They can try to prohibit such mergers, which leaves a lot of smaller companies that may not be terribly competitive in the market. Or, they can allow these mergers and end up with monopolies. Neither choice is necessarily great for consumers.”

Howe says we could end up with a big-three of internet-telephone-cable-TV companies in the end — Comcast, AT&T, and Verizon — just like there were once three over-the-air broadcast networks — ABC, NBC and CBS — that dominated media delivery to American households. The new media-telecom behemoths could bundle all their services together for one low — or not so low — price, says Howe. 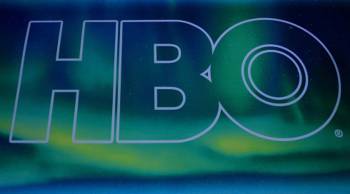