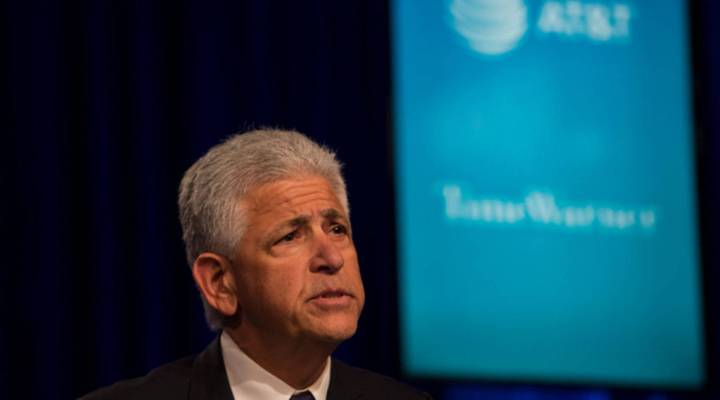 In a huge win for AT&T, a federal judge ruled that the company can buy Time Warner for an estimated $85 billion. The Department of Justice had sued to block the merger on antitrust grounds. It said that since AT&T also owns DirecTV, it could charge DirecTV competitors more to get, say, HBO or CNN, two of Time Warner’s properties, and that consumers would end up paying more as a result. And this won’t be the last big media merger headline this year. Marketplace Tech host Molly Wood talks with Recode reporter Peter Kafka about what this means for the media landscape going forward. The following is an edited transcript of their conversation.

Peter Kafka: We know Verizon has been kicking tires for a couple of years. They have a new CEO so that may change. Everyone assumes that Charter is feeling inquisitive. A lot of folks, including a lot of media folks, are hoping/expecting Amazon to be buying things.

Molly Wood: There’s speculation that these vertical mergers are really the result of pressure from, let’s say, Amazon, Netflix and Hulu.

Kafka: That is the argument AT&T is making to defend the merger. So they certainly are saying that, and they may well believe that.

Wood: How does that change the equation downstream? Does Amazon start an [internet service provider]?

Kafka: It might. Creating an ISP is a difficult business. The interesting thing is only Netflix has really jumped with both feet into content. When everyone talks about Facebook and Apple and Google and Amazon — even Amazon spending billions on it is still kind of nibbling around the edges of content. Meanwhile the content guys are all saying, “Well we’ve got to compete against these guys because they’re going to be coming,” but they haven’t shown up yet.

Wood: This takes on added weight of course, because we are immediately post net neutrality regulations. What could this mean for consumers now?

Kafka: Nothing’s going to change tomorrow, and I don’t think anything is going to change in six months. And if we’re thinking really practically, these companies won’t get merged for some period of time. It’ll take some time to digest, and then they’re going to act on their best behavior because they don’t want to have headlines saying that somehow your HBO service has gotten less good because HBO is now owned by AT&T or any version of that. But over time, the fear from lots of well-meaning consumer advocates says, over time these guys can’t resist changing things, tweaking things. And by the way, Comcast, which bought NBCU, was supposed to restrict its behavior, and it kept getting into trouble for years because it wasn’t theoretically behaving as well as it should have been. And that was the concern you heard people bringing up with this case, which is like, look, these companies can’t help themselves. So, it’s like putting a cookie jar in front of a kid — eventually he’s going to put his hand in there.

Wood: So, project out five or 10 years, what does the media landscape look like?

Kafka: Look, if AT&T is going to buy Time Warner, everyone else is going to want to buy other media assets. I don’t know. I’m still not persuaded this makes sense. If you own HBO, the value of HBO is that it’s available on multiple other outlets. Maybe that will become an old-fashioned notion, and we will move to a world where you can watch something on Netflix, and something on Amazon, and something on AT&T, and you’re going to have to subscribe to all of them or pick and choose. We are looking like we are headed towards a handful of companies owning most of the major media assets and most of the pipes that deliver them to your house.

Wood: Anything good that comes out of this? You mentioned maybe we do get to pick and choose from a bunch of really cool services that are totally tailored to our desires.

Kafka: If you squint hard, you can take people like Randall Stephenson, the CEO of AT&T, at his word that he’s going to deliver better advertising to you, more targeted, maybe there’s less ads. Right now, we’re living in a golden age where tons of companies are spending tons of money on content. They seem very interested in doing that for a while longer. That’ll keep happening, so if you like shows like “Game of Thrones,” etc., I think we’re going to throw a lot of money at that stuff. And again, it doesn’t preclude small startups from finding ways to deliver interesting niche content to smaller audiences. AT&T doesn’t necessarily have to go out and squash those to succeed.