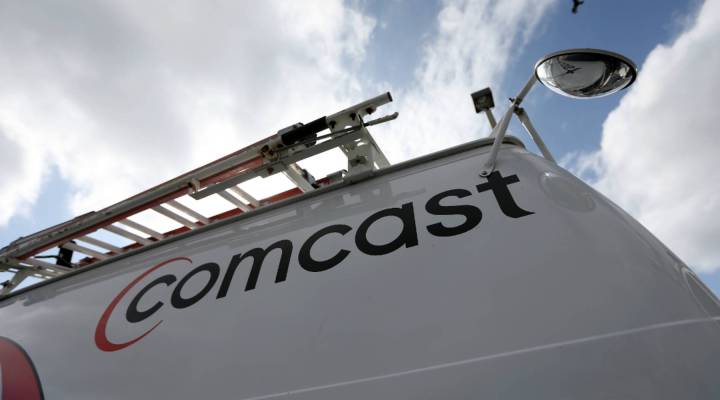 COPY
Some ISPs lifted their data caps at the start of the pandemic, but as of July 1, Comcast, AT&T and T-Mobile have reinstated them. Joe Raedle/Getty Images

Some ISPs lifted their data caps at the start of the pandemic, but as of July 1, Comcast, AT&T and T-Mobile have reinstated them. Joe Raedle/Getty Images
Listen Now

Comcast sells us cable TV, it sells us internet, it will hook you up with a landline if that’s how you roll. But the one thing Comcast doesn’t sell us is wireless. Peter Csathy of Creatv Media said in a cable-cutting world of smartphones and tablets, that is where the growth is.

“Certainly for the millennials, who, as you look around, they’re all looking down at their phones,” he said. “So Comcast realizes this is where it needs to spend more of its energy.”

Csathy said wireless could be a great platform for Comcast, which already owns a boatload of content through NBCUniversal, as well as new investments.

The move will help Comcast compete with the likes of AT&T and Verizon, both of which already offer bundled services.

However, Comcast doesn’t have its own wireless network, meaning the service will run primarily over Wi-Fi, which telecom analyst Jan Dawson of Jackdaw Research said could be a problem.

“The reality is that a lot of the usage that people have is on trains, and out and about in the city, where there is no Comcast home wireless to jump on,” Dawson said.

Dawson said Comcast has a lease agreement to piggyback  on Verizon’s network. Which offers good coverage, but could eat into Comcast’s profit margin.