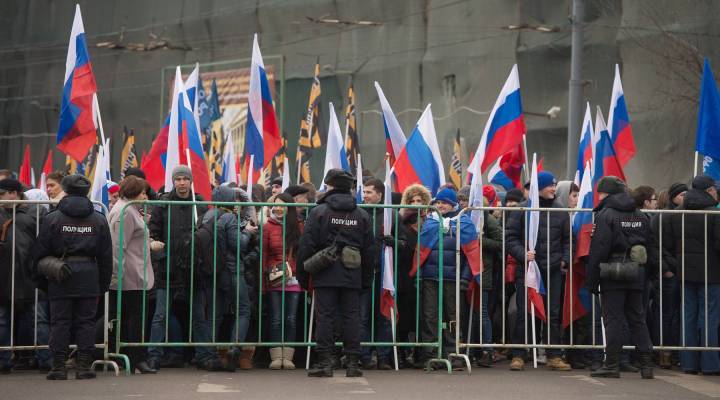 COPY
Police officers cordon off pro-Kremlin activists during their rally in support of ethnic Russians in Ukraine in central Moscow, March 2, 2014. AFP/Getty Images

Russia’s economy has been on something of a wild ride for the past couple of days. Markets plunged more than 10 percent and today the Russian Central Bank had to bail out the rouble to the tune of $10 billion.

Still, Russian President Vladimir Putin is probably not that worried for now.

“They’ve got $490 billion in reserves,” explains Willis Sparks, Director of Global Macro at Eurasia Group. “That money, that rainy day fund, is designed specifically to help the Russian government absorb a shock like the one that they could potentially be beginning to go through at the moment. So they do have that near term buffer that does allow Putin to turn up his nose at all of the criticism and shrug off some of this market activity.”

At least for now. If the situation worsens, it will scare off foreign investors, and Russia relies on foreign technology for oil and natural gas extraction, which is critical to its economy.