For the Sina Corporation – which runs Weibo – its upcoming initial public offering was a case of better sooner than later, Marketplace’s Beijing correspondant Rob Schmitz says.

“Weibo has only been around for five years, and it enjoyed incredible popularity in its first few years, but in the past year and a half, it’s had a host of problems, starting with the government.”

Not only does China’s government routinely block Weibo, but under Xi Jinping’s new administration, the government has begun to arrest Weibo users based on what they’ve been posting. The government also established a new law: If a user posted what the government considered to be a rumor, and it was re-posted more than 500 times, that user could be sent to prison.

“While all this was happening, a formidable competitor to Weibo – an instant messaging service called WeChat – quietly began taking away Weibo users, and now WeChat, which is run by the company Tencent, is the hottest social media platform in China,” says Schmitz.

Sina announced today it would be investing more money into new products that would presumably compete with WeChat, and it does have financial backing from China’s – and the world’s – largest Internet company, Alibaba. But Schmitz says the biggest problem for Sina is how to make Weibo profitable long-term.

“It hasn’t figured out a way to make much ad revenue off the site and with all this competition from WeChat and a government crackdown on Internet users in China, long-term growth could be a problem.” 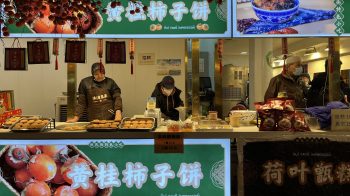