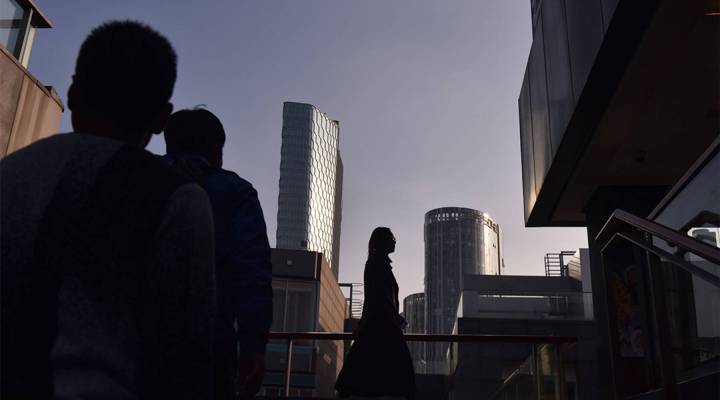 COPY
People walk between buildings at a shopping mall in Beijing on October 18, 2018. Greg Baker/AFP/Getty Images

At a supermarket inside an upmarket mall in Beijing, Wang Hai inspects the labels of a display of red containers of bird’s nest soup – a delicacy people eat for good health and skin. A tub smaller than a yogurt cup sells for $68. “This bird’s nest soup contains 99 percent sugar water, we’ve tested it before,” Wang said.

China has some punitive food and consumer safety laws, where companies can be fined thousands of dollars for infractions such as expired food or poor labeling. On top of that, whoever reports the problematic items to regulators gets a reward. This has inspired professional shoppers to hunt for food and consumer safety violations, and Wang is one of them.

In photos, he dons his signature black cap and aviator sunglasses. The disguise has enabled him to carry out his work as one of China’s best-known professional shoppers. On his Weibo social media account, Wang describes himself as a “whistleblower” and “market scavenger.”

Professional shopper, Wang Hai, sits in front of a cabinet full of items he has sought compensation for. The problems with the products range from fraudulent advertising to Viagra found in coffee powder and health supplements.

According to Wang, in China, even imported foods aren’t always safe. Last year, he took a TV news team to check imported biscuits at supermarkets in southern China. “The expiration date on these biscuits shows 2018 but, once we use an ultra violet light, we can see the original date beneath. The products expired two years earlier, in 2016,” he told the reporter.

When Wang finds or gets consumer tips about bad or fake goods, he buys in bulk and then demands compensation from the retailer. He has been doing this since the mid-90s, when China enacted its first consumer protection law with a punitive clause. He now works with a team of 20 people.

Under China’s revised food safety law, which took effect in 2015, there are harsher penalties for firms who fail to comply. It came after a number of safety scandals like baby milk formula laced with the chemical melamine, and recycled cooking oil that was fished out from the gutters.

Additionally, whistleblowers who report the problem to regulators can get between one and six percent of the product amount or government fine, up to a maximum of 500,000 yuan ($74,000). This reward incentive is not limited to reporting on food safety, but also drugs, cosmetics, health products and medical equipment problems.

Jake Parker, vice president of China operations at the U.S.-China Business Council, said some companies have reported scams. “We’ve heard from some companies that cartels have formed in certain areas that include multiple individuals who do this as a full-time job, where they go and visit stores. They find expired products, or they take these unethical steps to give the perception of an expired product, and then they threaten the store or the company in exchange for some kind of money or they’ll take it to the local regulator,” said Parker.

“One of our companies gave us an example of an employee that would enter into the store,” he continued. “He used a chemical solvent to remove the expiration dates on bottles of alcohol.” The food safety law has strict guidelines about expiration dates.

“The individual who discovered this problem reported it to the company, sought money from the company, with the threat that they would take this information to the local food safety regulator, who would likely impose fines,” Parker said. He said fines were at least 100,000 yuan ($14,900) for each infraction. There can also be multiple investigations by various regulators.

In another instance, he said a group of professional shoppers bought food and cosmetic products from one of its members, a supermarket chain, then waited for the items to expire. “[The professional shoppers] then purchased the same products again, so that they could use the old products with the new purchase records to claim that the supermarket was selling expired products, which is against the food safety law,” Parker said.

He added that there was also a time when two customers took healthcare products sold by a supermarket and hid them inside the store, then waited until the products expired to ask for compensation.

Retailers complain that China’s reward system for food and safety whistleblowers leaves them vulnerable to extortion.

In the end, the companies successfully fought back, but it took a lot of time and money. “There are thousands of complaints like this every year across different provinces in China,” Parker said. Wang, however, said that was not how he operated.

He insists he is in the business of consumer protection, which he finds to be weak in China. “Many company bosses are the National People’s Congress representatives who make the laws,” Wang said. His team has uncovered fake alcohol, fake sales, even fake hospitals.

Wang said he wasn’t surprised by any of these scams, given that China was historically an agricultural society, where people used to do business with family, friends and neighbors. This mentality remained as China abruptly shifted into an industrial economy. A lot of fake products appeared and still exist on the market.

“The [manufacturers] told me that the scams are just business,” Wang said. “For most Chinese people, honesty and trust only exists between people we know, but not strangers. The rules of a society based on trade with strangers has not been completely established yet.”

For now, Wang believes the country needs more punitive laws to protect consumer rights. His work is time consuming. In 2014, Wang had reported about 1,000 cases of price fraud on e-commerce platforms. Two years later, only 100 cases were settled. Wang has had to drop cases where the compensation amount would be too small. As of March 2019, he is still pursuing some 300 of those cases.

Exposing these scams has earned Wang a good sum. In one case, he found shops nationwide carrying smuggled beef and was awarded about 6 million yuan ($890,000). “If the money was for one person, that would be considered a lot, but I have a team of 20 people. The office rent is $74,000 a year. We have to hire lawyers and pay for travel. All of that costs money,” Wang said.

He is lobbying the government to give whistle-blowers even bigger cuts of the fines taken from non-compliant companies. “The government should not benefit from its own poor management,” he said.