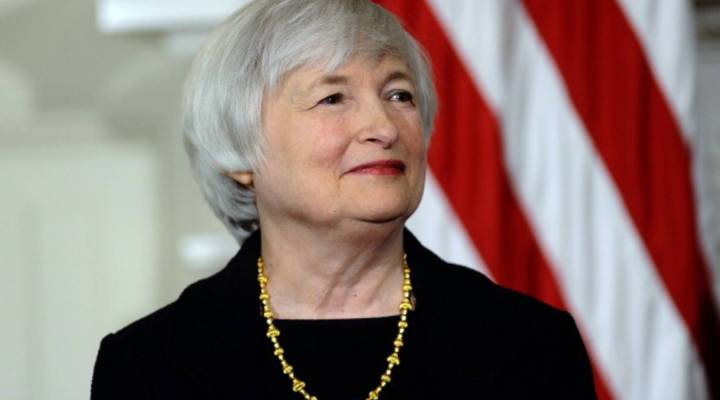 Why women don’t roar at work

Why women don’t roar at work

Tammy M. has never asked for a raise at work.

“If they feel that they want to reward me, then that’s on them,” Tammy says. “I don’t feel it’s my place to say ‘Hey, I need more money, please.’ I don’t like to pat myself on the back. I feel like people will just appreciate what you do and if they don’t, it’s not really my job to point it out to them how ‘good’ I’ve done.”

Crystal M. has requested a raise before, but like Tammy, she’s uncomfortable calling attention to her achievements on the job: “I am not as confident as I think I should be when it comes to talking about my accomplishments at work.”

“It’s actually been very slow going and it hasn’t actually occurred. It’s been about a year and a half long process through two bosses,” Crystal says.

If last year brought the era of the “lean-In” approach for professional women, it’s not reflected in the remarks of these two employees or in the behavior of many more women in the workplace.

Psychologist Jessi L. Smith of Montana State University has observed how hesitant her female colleagues can be to self-promote. When she polled her fellow faculty members about their accomplishments – anything from publishing a paper to planting a garden – to print in a staff newsletter, she received “exactly zero responses.”

Smith says there’s “just a real reluctance and discomfort to announce to the small world of Bozeman, Montana the accomplishments they had been so successful at securing over the last year.”

That experience started her thinking about gender norms and workplace culture. Behaviors – like aggressively promoting yourself to your co-workers and supervisors – are largely accepted when a man is displaying them. If a woman exercises her bragging rights, it can be seen as a negative trait that alienates others.

Career coach Peggy Klaus, author of “Brag: How To Toot Your Own Horn Without Blowing It,” says she’s assisted countless women through their unease about talking themselves up over the years.

“I have seen a real shift in women who would come to me and say, ‘I can’t brag. It’s a sin. It’s pride cometh before the fall. It’s not ladylike,’” says Klaus.

She encourages them to practice singing their own praises in settings with an audience that won’t receive it as negative or braggadocios. And Klaus encourages them to understand that employers will not take note of work successes without help from their employees.

“Certainly if 2008 and the recession and taught us anything, [it’s] that if you sit back and don’t ask and don’t offer up what you’ve done, then you won’t get that promotion or that title or that bonus, “ says Klaus.

“Within American gender norms is the expectation that women should be modest,” begins the abstract of “Women’s Bragging Rights,” a study published by Smith and her former student Meghan Huntoon. For their research, they designed an experiment that encouraged women to talk about their accomplishments while providing justification for any discomfort the women may feel.

“We had groups of undergraduate women at Montana State University who are applying for a scholarship and we told them write either an application essay for yourself or to write a letter of recommendation and promote the accomplishments of a friend to win.”

Half of the women were told that there was a “subliminal noise generator” in the room – a black box that would emit an inaudible, high-pitched sound that could cause some anxiety. The noise was a fiction, but the women who were informed about the box had a largely different experience than the women who weren’t told about it.

“They enjoyed the experience more,” Smith says. “When women were able to have this black box to blame for any discomfort that they might have been feeling, they wrote better essays and received $1,000 more on average in scholarship money.”

So, what’s a woman to do if she’s mortified by the thought of self-promotion – or if being vocal about her career successes has made her more enemies than friends in the past?

Smith says, in an ideal world, the onus shouldn’t have to fall on the employee.

“Quite frankly, it is a lot of burden to retrain yourself and then if you don’t do it, well then it’s your own dang fault that you don’t make as much money as someone else and you didn’t get that raise and promotion,” she says. “We would suggest from a social-psychological perspective that the burden is on employers.”

She suggests instead having employees write their own freestyled annual review, supervisors should ask pointed questions and normalize the practice of self-promotion.

A tale of two minimum wages