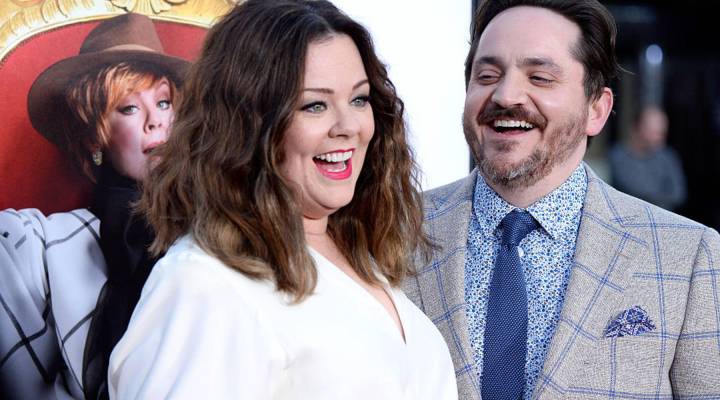 Melissa McCarthy has no shortage of roles these days. She’s starring in the “Ghostbusters” reboot and news is she’ll be coming back for yet another reboot, reprising her role as Sookie St. James on Netflix’s “Gilmore Girls.”

This weekend, McCarthy takes on the box office as cigar-smoking business guru Michelle Darnell (AKA “The Boss”) in the new comedy she co-wrote with her husband, Ben Falcone, and actor Steve Mallory.

“The Boss” was directed by Falcone and it’s the second film from the husband-wife team, who also made the 2014 comedy “Tammy.” Falcone points to the success of “Tammy” as what made studios bite:

They wrote this outline that was really funny and it wasn’t until “Tammy” was successful that people said “Hey, you guys could do another one.” And we said “Well, what about Michelle Darnell.”

So, with a husband-wife team working on a film called “The Boss”… who’s the boss? McCarthy:

McCarthy on struggling to start her career:

I spent 20 years just trying to get a job, desperately. And every day that I actually get to work, I truly and honestly just think, “I can’t believe I’m here, I get to do this.” … And if having your thing go well means you get to do another one, then I’m in. That’s the joy.