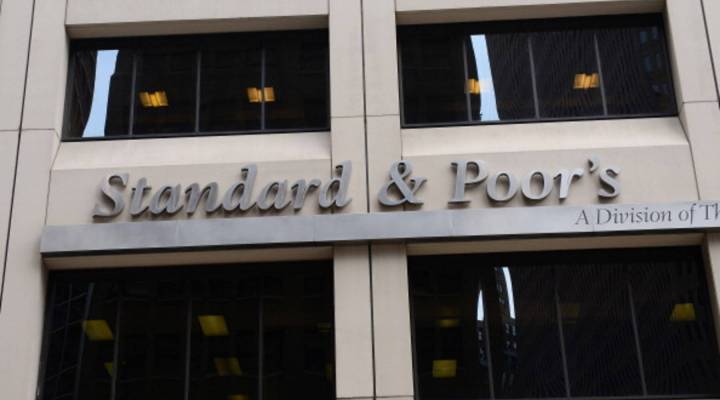 S&P says U.S. lawsuit is based in bitterness

S&P says U.S. lawsuit is based in bitterness

Among all the possible culprits for the financial crisis, the three main credit-rating agencies have come in for their share of criticism. After all, Standard & Poor’s, Moody’s and Fitch gave top grades to those subprime mortgage bonds that later went south.

The agencies’ role is vital when companies or governments want to borrow money from the public. The bonds they issue get rated based on how likely it is that investors will get paid back.

“They take publicly available information and try to digest it down into a letter grade,” says Justin Wolfers, senior fellow at the Brookings Institution.

In the run-up to the financial crisis, there was a lot of grade inflation. Part of the reason is that the rating agencies get paid by the companies they’re grading, says Max Wolff, senior economist at ZT Wealth*.

“It creates a sort of inherent conflict of interest,” he says. After the financial crash, S&P, Moody’s and Fitch came under pressure to get tougher. Wolff says S&P got overzealous in 2011 and downgraded the U.S., saying Treasury bonds no longer merited an AAA rating because Washington couldn’t rein in the budget deficit.

“S&P was trying to brand itself as hard-nosed and willing to do the unpopular to begin to build back the reputation that was damaged in 2008 and 2009,” Wolff says.

Earlier this year, the government sued S&P for $5 billion, alleging the company misrepresented its ratings process during the housing boom. But Washington didn’t sue Moody’s or Fitch, even though their ratings were similar.

S&P denies any wrongdoing and claimed this week that the government was merely retaliating for the U.S. downgrade. Dean Baker, with the Center for Economic Policy and Research in Washington, isn’t so sure.

“I can’t imagine anyone would think it was retaliation,” he says. “I think S&P is just looking rather foolish.”

Baker says the government probably sued S&P because it had the strongest evidence against it, including a revealing 2006 internal email.

“There was the famous email that one S&P employee sent to a colleague saying, ‘We would issue a AAA if it were structured by cows,'” he recalls.

Baker says S&P might just be the first to be hauled into court. He doesn’t rule out lawsuits against Moody’s and Fitch.

*CORRECTION: The original version of this article incorrectly referred to Max Wolff’s financial management firm. Wolff is an economist at ZT Wealth. The text has been corrected.