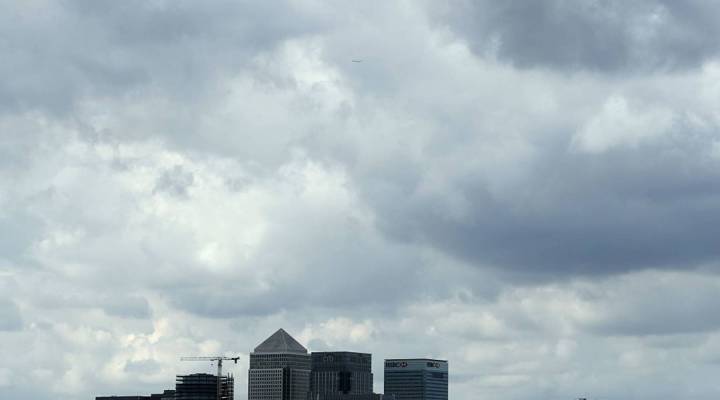 If you need further proof that the outlook is uncertain for the U.K. after last week’s vote, the rating agencies S&P and Fitch downgraded the country’s debt from its top triple-A rating. The British pound fell to a 31-year low against the dollar. The result has been what’s known as a flight to quality, investors seeking safe havens for their money.

“[Investors] have been buying treasury bonds and gold,” said Kathy Jones, the chief fixed income strategist for Charles Schwab & Co. “Those are two places that have attracted the most in the way of capital.”

Additionally, the Japanese yen and the U.S. dollar, also considered safe havens, have increased in value relative to other currencies. That could potentially hurt exporters in the U.S. and Japan, as their goods become more expensive compared to their global competitors.

However, Jim Paulsen, chief investment strategist at Wells Capital Management, cautioned against reading too much into these movements, as he believes many people may actually be taking a wait and see approach. “And when everyone stops, guess what? Then a few people still playing have outsized impact,” he said. “You can have big market moves with very few playing.”

He said when the surprise of the vote wears off, investors may realize that any real changes caused by Britain leaving the EU are likely still years away. “I still this this is much more of a political crisis than an economic one,” he said. “I would be much more concerned if it was more related to a debt crisis or balance sheet issues than political issues.”