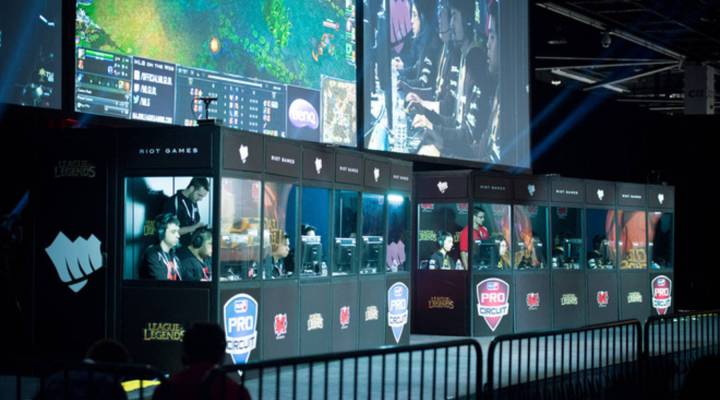 “Every competition needs to draw on the best competitors from around the world,” says Jonathan Rothwell, a researcher at Brookings Institution. “Just think of how lame the U.S. Open would be if Roger Federer or Rafael Nadal weren’t allowed to play.”

Laugh at the comparison if you want, but Sundance DiGiovanni won’t be joining you. DiGiovanni is the CEO of media company Major League Gaming, which he describes as a sort of ESPN for competitive video gaming events. He says his company helped lobby for the change, and that Riot’s viewership trumps a lot of mainstream sporting events.

“Fourteen million people tune in to the All-Star Weekend. And when they have a championship event, they are going to have 15,000 to 20,000 people in the room, and those people are there to see not only the game being played, but also the players,” he says. “Bringing them in from Europe and bringing them in from Asia is a key component to that.”

But is paperwork for pro gamers taking away from other, more traditional athletes, or skilled workers? DiGiovanni says maybe — but he thinks that opening up athlete visas for gamers is a form of trailblazing.

“A lot of the people that we are seeing come over are being watched by the next generation of coders who are going to come up and realize that they can travel and get work visas because their favorite esport athletes were able to,” DiGiovanni says.

The winning argument to the USCIS for letting pro gamers apply for O-1 and P-1 visas in the end was an economic one. There’s real money involved in esports. The prize for winning first place at Riot Games’ upcoming world championships in October? A cool one million.

This story has been updated with a new image.