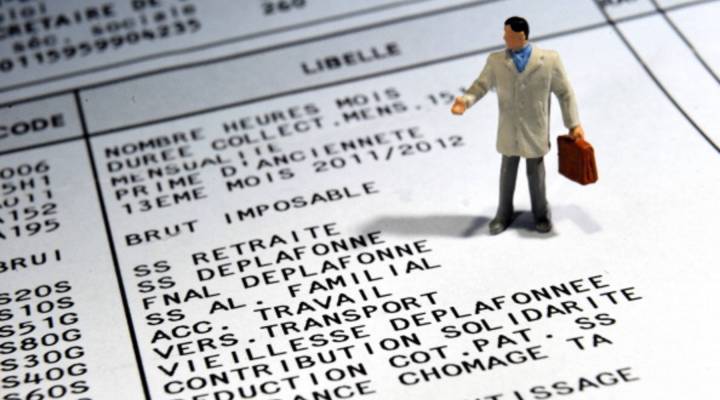 Would raising wages lead to more or fewer jobs?

COPY
Understanding your salary can be like trying to read a foreign language. Even economists can't agree on whether higher wages boost the economy, or discourage employers from hiring. PHILIPPE HUGUEN/AFP/Getty Images

Would raising wages lead to more or fewer jobs?

Understanding your salary can be like trying to read a foreign language. Even economists can't agree on whether higher wages boost the economy, or discourage employers from hiring. PHILIPPE HUGUEN/AFP/Getty Images
Listen Now

With each monthly jobs report comes renewed debate about how to spur economic growth. One thing is certain: When unemployment is high, hiring is a buyers market.

“When there are so few job opprtunities, employers know that workers don’t have outside options, so they actually don’t have any need to pay workers wage increases, because the workers aren’t going to leave,” says labor economist Heidi Shierholz of the Economic Policy Institute.

Shierholz says workers are increasingly productive, but wages aren’t keeping pace. She argues that raising them would spur spending and growth — especially among low and middle-income people.

“More money in their pockets would mean that they would be able to spend money on goods and services that would generate economic activity,” Shierholz says.

But critics of the spend-to-grow scenario say it fails to take into account the people who would be signing those bigger paychecks: Employers.

“If it’s more expensive to hire workers, then firms are going to hire fewer of them,” says Michael Strain, a research fellow with the Economic Policy Institute.