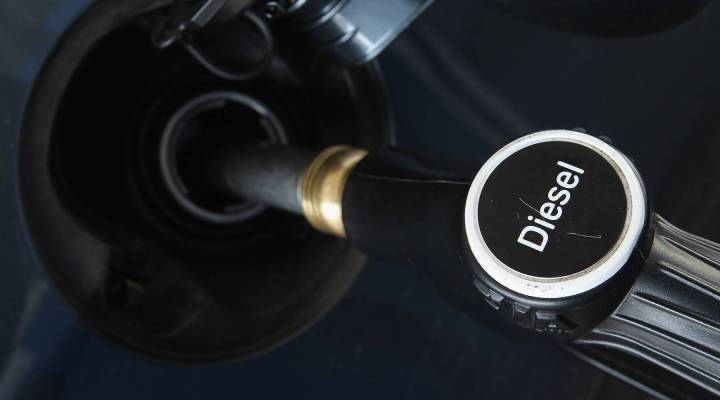 The Chicago Auto show is on, but one of the hot new trends isn’t so new. Diesel engines are in the spotlight. Chevrolet, Mazda and Mercedes are introducing new diesel car models this year, hoping to match the success Volkwagen has had. One out of every five cars VW sold in the U.S. last year was a diesel.

“It’s a huge boom for diesels right now,” says Lou Ann Hammond, CEO of Drivingthenation.com. “I’m at the Chicago Auto Show and they just brought out the Chevy Cruze diesel. Chevy has not had a diesel sedan in probably 30 years.”

Why are they back? Christopher Knittel, professor of energy economics at MIT’s Sloan School of Management, says diesel engines get 20 percent to 40 percent more miles per gallon than gasoline cars. And that appeals to carmakers, who are under pressure to raise fuel efficiciency to meet new requirements, as well as consumers.

“From the consumer’s perspective, the big draw of diesel is more fuel efficiency and, in times of high gas prices, that becomes more and more important,” Knittel says.

To be sure, diesel fuel is often more expensive than regular gas, and diesel cars cost a little extra. But Knittel says the fuel savings usually offset that.

For now, diesel car sales make up a tiny fraciton of the U.S. market and they have some very real obstacles to overcome, says auto analyst Stephen Schork, publisher of the energy newsletter The Schork Report. “We can all remember back to the 1970s and those old diesel Mercedes chugging down I-95 like a Panzer tank. They were loud, they were dirty and they were unsightly. So diesel fuel has a bad market memory.”

New diesel technology has cut those emissions, and MIT’s Knittel says that once you take fuel efficiency into account, diesel cars are slightly cleaner than regular models.