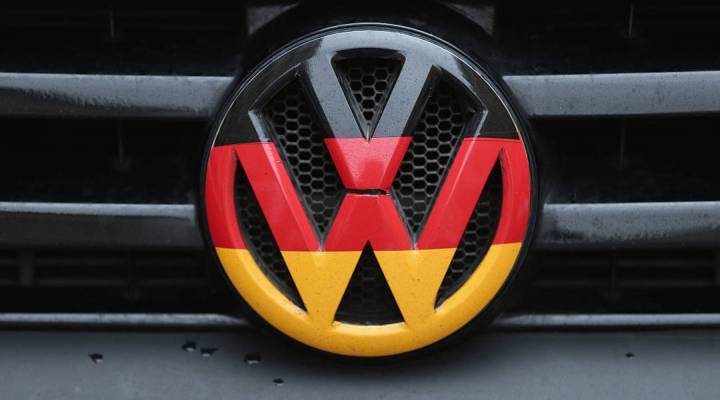 COPY
Volkswagen is planning to spend 80 billion euros over the next decade on electric, hybrid and autonomous vehicles. Sean Gallup/Getty Images

Volkswagen is planning to spend 80 billion euros over the next decade on electric, hybrid and autonomous vehicles. Sean Gallup/Getty Images
Listen Now

Automaking is one of Germany’s most crucial industries. The big five manufacturers — Volkswagen, BMW, Audi, Daimler and Porsche — account for 20 percent of all the country’s exports of manufactured goods. The industry employs more than 800,000 people. But German carmaking is in trouble. Buffeted by lawsuits over alleged anti-competitive behavior and threatened with further regulatory fines, the industry is also now belatedly grappling with the energy revolution.

“They haven’t really embraced electromobility,” said Marcel Fratzscher, head of DIW, the leading Berlin-based economics research institute. “They’re really stuck in past technology, trying to get as much money as possible from that old technology, and that could prove fatal for the German car manufacturers.”

It was pushing diesel cars that led Volkswagen, Europe’s biggest car company, into “Dieselgate,” the emissions scandal that erupted two years ago.

After the company was revealed to have installed fraudulent software to hide toxic diesel emissions, it was fined more than $2 billion in the United States and had to spend many billions more rectifying the emissions issues.

Professor Ferdinand Dudenhoeffer, a renowned automotive industry expert, said the scandal continues to hit the popularity of diesel in Germany and the credibility of German carmakers, especially Volkswagen.

“The company has to fight hard to win back the trust of its customers. At the moment, you can buy the VW Golf for a 44 percent discount,” Dudenhoeffer told Marketplace.

But change is on the way, he said, noting that the scandal has jolted the industry out of its hubris and complacency.

“You could say, ‘Thank God for Dieselgate’ because with Dieselgate, they realized that they have to go in another direction,” he said.

At the recent Frankfurt Motor Show, Volkswagen unveiled plans to spend 80 billion euros over the next decade on electric, hybrid and autonomous vehicles. Richard Gaul, a former senior executive at BMW, has no doubt that all the big German car companies will follow suit.

“The German car industry is extremely strong business-wise, and this means they have the money to invest,” he said. “Within five years, the German industry will be making 50 percent of all electric cars.”

Either a well-founded prediction or a further sign of the hubris that has laid low the reputation of the German carmakers.