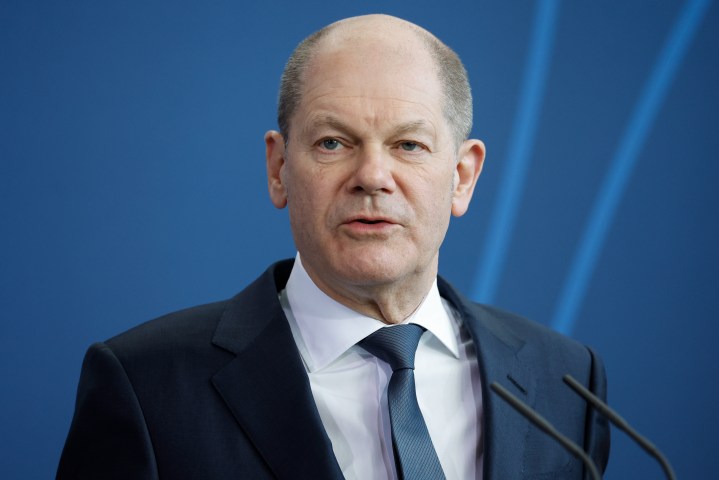 This week Germany enacted the “early warning stage” of an emergency plan that could lead to the rationing of natural gas. The Kremlin is demanding payment for gas in rubles from countries sanctioning Russia for its invasion of Ukraine, threatening to cut off supplies if its conditions aren’t met. The Group of Seven leading industrial countries, including Germany, have refused to do so. Forty percent of Germany’s gas comes from Russia.

Stephan Richter, publisher and editor in chief of The Globalist and director of the Global Ideas Center, said he’s trying to conserve energy in his own home in Berlin.

“I’m trying to set [the heat] as low as possible; we’re making sure that it’s totally off at night,” he said in an interview with Marketplace’s David Brancaccio. “But that’s still going to be chicken feed by comparison to the consequences for German industry, because we have all sorts of plants that have depended on cheap Russian energy. And the question for Germany’s economic future is: Can we really maintain those economic structures here?”

David Brancaccio: What has been communicated to you officially, as a resident, regarding your energy consumption?

Stephan Richter: Very little from the German chancellor; a bit from the German economics minister, the leading green politician Robert Habeck, who has put us all on notice that there will be some emergency management coming down soon on the use of natural gas in Germany.

Richter: Yes. And that’s one of those short-sighted things. But longer term, the good news is, as terrible as the events in Ukraine are, nobody can really doubt the urgent need to get to renewable energy. The government has plans to get down to a level of 30% Russian gas by the end of the year, largely because of [liquefied natural gas] imports, which the same government and same political parties now forming government had fought for decades.

Brancaccio: Is there real nervousness? I mean, Russian President Vladimir Putin said countries have to start paying in Russian currency for the natural gas they get, or else — the “or else” being, I guess, he’ll stop delivering the natural gas. That could cause real hardship.

Richter: It could cause hardship. Interestingly, the German polls are that over 50% are in favor of cutting off ourselves. Now, it seems like Mr. Putin is taking that choice away by presenting us with an option where we have to forgo Russian energy deliveries, which is basically a choice that we have brought upon ourselves. Nobody forced us to close down nuclear power plants. Nobody forced us to try and exit out of coal immediately. So we’re paying dearly for it because we’re facing a 10-year gap before we have the famous green hydrogen, and in the meantime we’re not going to have too many good choices.

Brancaccio: Are you setting the temperature lower? What are you going to do?

Richter: I’m trying to set it as low as possible; we’re making sure that it’s totally off at night. But that’s still going to be chicken feed by comparison to the consequences for German industry because we have all sorts of plants that have depended on cheap Russian energy. And the question for Germany’s economic future is: Can we really maintain those economic structures here?

Brancaccio: You’re sleeping with the heat off?

Richter: We turn it off, and we use the residual heat of the day and then start it up in the morning again.