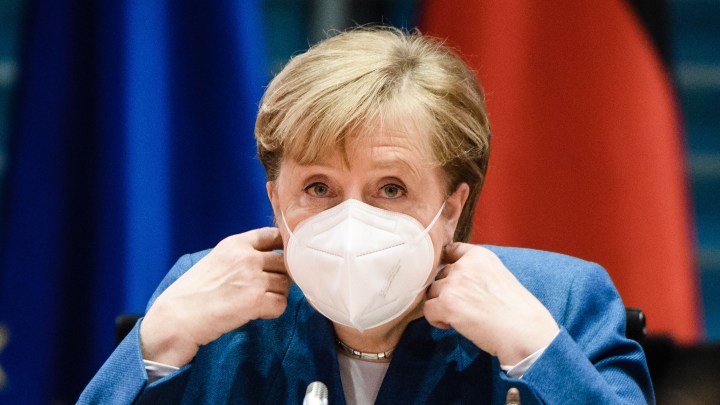 Germany today was the first major economy to report the full-year calculation: In 2020, the German economy did not grow but contracted by 5% after a flat fourth quarter. There are estimates that the U.K. and France may have contracted at twice that rate.

In Germany, there’s also an outgoing government, but not until the fall. How will this transition reverberate through the world economy?

“Marketplace Morning Report” host David Brancaccio put that question to Stephan Richter, publisher and editor-in-chief of The Globalist. The following is an edited transcript of their conversation.

David Brancaccio: Big transition in Washington, but also in Germany later this year. Chancellor Angela Merkel is leaving. And you see, what, a bit of a pattern with leaders in Germany during the transition times?

Stephan Richter: Yes, unfortunately, German leaders — now Angela Merkel, who’s exiting at the end of the year, and earlier her predecessor, in 2005, Gerhard Schröder, the social democrat — both are having a habit of doing things untoward and unfriendly in the context of the transatlantic relationship.

What Merkel did, specifically, is that she rushed through this comprehensive agreement on investment with China in the last few days of the year with the EU. And the problem with that, really, is that Joe Biden and his team had really asked her to wait so that a consolidated Western position on how to deal in commerce with China had been developed. And so it seems that the woman who has always talked very big about being such a great friend of the United States, really rebuffed him completely unnecessarily. And that is going to hurt not just the transatlantic relationship, but also Western relations with China.

Brancaccio: Now, there will be some overlap between Joe Biden as president, and Chancellor Merkel will still be in power for a number of months. Maybe they can hash this out?

Richter: I think that ship has sailed because the Chinese are incredibly able diplomats. They have basically split the Europeans and the Americans. The Europeans have committed to a Chinese view of easy commitments that are just mere words. And that can be seen, that no sooner did the Chinese get the deal they wanted from Mrs. Merkel, that Xi Jinping repaid her that favor, which should not have happened, by arresting a lot of the pro-democracy protesters in Hong Kong.

Brancaccio: But there’s some sense if Germany is doing a little “Brüderschaft trinken” with Beijing here — I mean, the German industry would like to sell cars in China and make cars in China, and friendly relations might help that.

Richter: Yes, but you also have to realize that Mrs. Merkel is an artist in static thinking. What’s the point, strategic point, of serving the German car industry? I mean, after all, she’s not the head of the German car industry association or exporters association. Number two, it is highly doubtful that — while Germans sell a lot of cars by volume in China — that there are profits going along with it. You can’t really repatriate the profits from China very well. So it is really bewildering what she’s been doing.